This week sees the release of Chambers of Xeric Quality of life and balancing tweaks, some changes to Kebos and updates for the Collection Log. Unrestricted worlds are now open for the duration of the Twitch Prime promotion. We're also happy to announce an extension to the Gold Premier Club offer!

Last week we published this blog about improving the Chambers of Xeric. Mostly players seemed happy with the balancing changes, especially the removal of scavenger runts, though opinions were more divided about the proposed methods for influencing what rooms you might encounter. We’re starting off by releasing most of the balancing changes; see below for details of which ones got into this week’s update – spoiler: the scavenger runts are gone. The remaining balancing adjustments will come later in February, around the QoL Month dev work.

The proposed change to energy pools, whereby they’d cure poison as well as replenishing energy, wasn’t so well received. As it’s more contentious, and not required for the balancing of the Chambers, we’re happy to leave it out for now, and put it to a poll in future if it seems more popular.

Regarding the Xeric’s Ward scrolls, we’d like to put that section aside for now, and continue working on the balancing of the rooms through updates like this one. Once we’ve had a chance to see the effects of this kind of change, especially checking which rooms players are more willing to play and which ones they’re still avoiding, we’ll reconsider that topic. We’d also need to ensure players can acquire suitable gear for the raid ahead of them.

In the meantime, the following changes have been made: 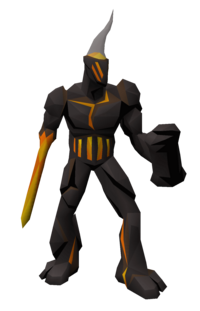 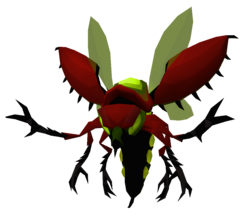 A big thanks goes out to everyone for their feedback on the post Kebos launch poll blog and its revised version and those who voted in the recent poll. We've started working on the changes and have made the ones below to kick things off:

The Jar of Chemicals has been added to the Alchemical Hydra's drop table. This drop is additional to the regular loot rolls. The jar can be placed in players own display case found in the Achievement Gallery of the Player owned House as long as you have atleast 1 killcount of the boss. Alongside this, the topiary bush in the superior garden can now be trimmed into the shape of the hydra. This also requires 1 killcount for the Alchemical Hydra Boss.

A shortcut has been added to the Mount Karuulm dungeon. This allows players with 88 Agility to bypass the aggressive monsters between the entrance and the Hydra boss. It takes a similar amount of time to reach the Alchemical Hydra this way as it does to running through the dungeon. 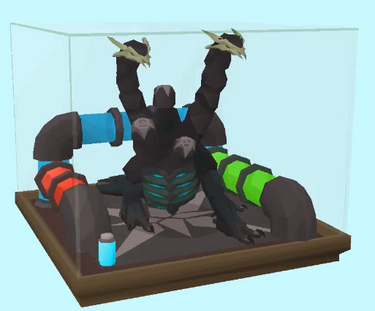 The rate at which Molch Pearls are obtained now scales from 1/100 to 1/75 based on your Fishing and Hunter levels.

Alry the Angler at the centre of Lake Molch now sells the Angler outfit at a cost of 100 Molch Pearls a piece.

New and experienced players alike - join us on Unrestriced worlds to try out any part of Old School you want! Previously known as beta worlds or tournament worlds, we have opened Unrestricted worlds for a limited time in the past. These worlds allow you to engage with content you wouldn't normally, using any stats and gear you choose. When you log in, you'll find yourself in an area with chests full all the gear you could want and a right-click option to set your stats to the desired levels. You may also travel to anywhere in Gielinor. Unrestricted worlds are going live now and are expected to close on the 21st of March. 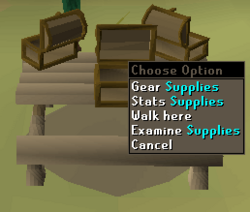 These will give you the chance to test out any PvP set ups you want to try or have a go against any bosses you'd like to practice. The only exception is the Inferno which will be disabled on these worlds. Additionally, the 6 Jad challenge will be available for those who are brave enough to give it a go! Simply head over to the Yellow Portal just outside and West of the starting area. This also happens to be right infront of the free-for-all portal should you wish to try your hand at PvP without restrictions. This is the perfect chance to practice your skills or start learning to PK. 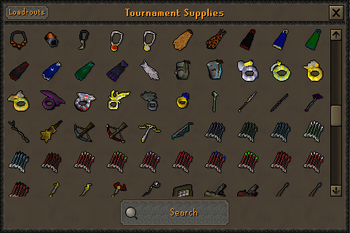 The rest of Gielinor is also open so feel free to explore and engage with all the content that's out there with any levels and equipment! Note that progress is not saved on these worlds so your character will be temporary and reset each time they log in.

Since we released the Collection Log in early December, many of you have begun the enormous task of completing as many sections as possible. As you are enjoying this so much, we've listened to your feedback and added some more!

If you currently own any of the recently added items below or their variants already, they should be automatically marked off in the log. If anything is missed, let us know!

We are aware of the Looting Bag mechanic in Free to Play which allows UIM players to store an extra inventory's worth of items. This is unintentional and against the spirit of the game mode. Unlike other similar, unintentional cases in the past, this one carries little to no risk. As such, we are treating it as a bug and have decided to fix the issue.

In the interest of fairness and to notify players ahead of time, we will include the fix in next weeks update. After this, dying in Free to Play will cause Members objects in the Looting Bag to be dropped to the ground as they do in members worlds. Members objects dropped this way will act as all other dropped items do.