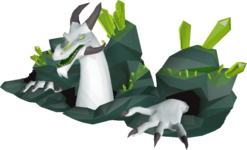 Hello! This week we continue with the improvements to the Chambers of Xeric raid that came from Poll #71.

Last week we went through a number of Vanguard changes including some changes to their stats, aggro range and spawn position. But there are still further improvements to be made!

From now on, Vanguards will have a visual cue if their health is either too high or low.

Furthermore, should you brave the Chambers of Xeric with four members or fewer in your raid team Vanguards will now reset if their HP differs by 40% - previously this was set at 33%, and this remains the case for raids of five members or more. 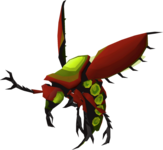 While many of our waistlines are metamorphosing during this prolonged period of working from home, alas our pets have not yet begun to do so. But if you're the proud owner of an Olmlet, then metamorphosis is very much on the cards! 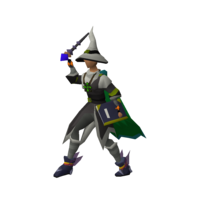 The Chambers of Xeric Challenge Mode now offers a brand new reward - the Twisted Ornament Kit! Players will have a chance to obtain it from an extra roll on the drop table akin to the metamorphic dust drop. Note: You do not need dust in order to get the kit.

This kit is untradeable, and you'll require one kit for every piece that you want to recolour. Your flash new robes will be stored in the Magic Wardrobe of your Player-Owned House, whereas the regular version appears in the armour case. We are aware players wanted the original Ancestral kit in the magic wardrobe, and the plan is to deliver it as soon as we can after Darkmeyer hits. This delay is due to a national holiday in the UK this week, and the focus on getting Darkmeyer finished. The changes to the raid itself were obviously more important!

Note too that when this kit used on any piece of Ancestral Robes, it will make that item untradeable.

And beware - your sweet new threads transform back to their original colour when dropped to a PKer in the event of a PvP death. However, should you die somewhere with a special death system (for example, The Nightmare), you may pay to get them back.

Other Chambers of Xeric Improvements

The final Chambers of Xeric change, which will add a HUD to Vanguards and bosses, is still in development. We'll update you with an estimated release date nearer the time.

Is your preference for the Fighting Boots Baroo? Or the Fancy Boots Baroo? And for those who simply can't make their mind up, there's also a Barootiful Baroo that is wearing both Fighting and Fancy Boots. This is also sold with a limited edition card featuring an illustration from Prezleek herself.

Head over to the Merch Store now to check them out!

And don't forget - Lord Lowerniel Drakan, the vampyre overlord of Morytania, has finally emerged from his castle, and is intent on avenging his brother and eradicating the Myreque once and for all.

Darkmeyer arrives in Old School RuneScape on Thursday June 4th and we cannot wait for you to play it! You can read all about here.