This weeks update offers a smorgasbord of features for which you voted in recent polls.

Prospector Percy has expanded his store to include new coal and gem bags costing 100 gold nuggets each. The coal bag can store up to 27 coal which can be consumed from inside the bag when you're smelting and superheating. Gem bags can store 60 of each uncut gem up to dragonstone. 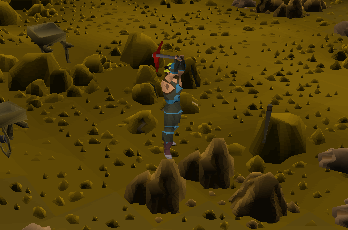 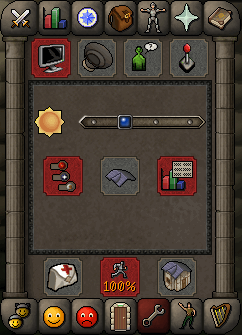 In Poll 18, we offered to restructure the options interface to better accommodate all of the various buttons that you've voted to add over the last year. The interface has been redesigned based on a player suggestion with sub menus for Display, Audio, Chat & Control options accessed by the 4 tab buttons at the top of the interface.

New toggles have been added for roof removal and the stat panel tooltip to show XP remaining to next level. The ::toggleroof cheat still works.

You can also now select how to prioritize the Attack option on monsters and other players. Previously, the game would show it as the left-click option if it thought you were stronger than the target, or as a right-click option if you were weaker.

Now you can choose to make Attack always be the left-click option. This will apply to all monsters regardless of their combat levels. As part of this change GWD, NMZ and Wilderness bosses have had their left-click Fight option removed. It will also apply to other players when you're in a PvP area, unless you're wearing a team cape that overrides this.

You can also choose to make Attack always be a right-click option, which may be useful if you don't want to get into combat by accident, or if you're pickpocketing.

We've made a few tweaks to the bank following last week's update.

Look out for an announcement on the forums tomorrow regarding F2P.

As always be sure to join us on the sofa for our Q&A livestream tonight, on Twitch at 5pm BST.

We'll be bombarding Twitter with previews of Clan Wars and the clue scroll expansion as we work on them so make sure you're following us! @JagexAlfred @JagexAsh @JagexJohnC @JagexReach @JagexMatK