Dom Onion has expanded the services he offers at the Nightmare Zone! It is now possible to customise your rumbles so you face the bosses you choose.

Choosing either of the customisable options under rumble will prompt you with a new interface. From here you can choose which bosses you would like to face. 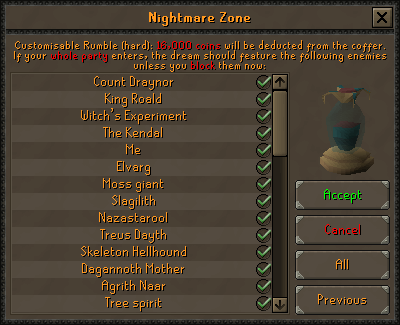 In addition to the ability to customise your rumble dreams, we've also added a timer to practice mode battles. You can now see how quickly you were able to tackle the biggest and baddest quest bosses!

We've made some improvements to the music cape based on your feedback: