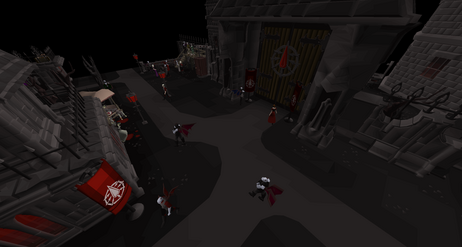 Lord Lowernial Drakan has seen a sudden influx of guests since Darkmeyer's release, and so we’ve been compelled to tidy up the place. In addition to the Day 1 changes, the following improvements have been made with this week’s update:

You can see all the latest Darkmeyer changes in this post here.

Hallowed Sepulchre
In the first week since Hallowed Sepulchre launched, we've really enjoyed seeing all of you dodge traps, claim treasure, and yell 'blue is forward!' at your favourite streamers. We've also uncovered a few small issues with the minigame, which we've fixed in this week's update. The following changes will go live today:

The XP drop from each floor has been rebalanced: