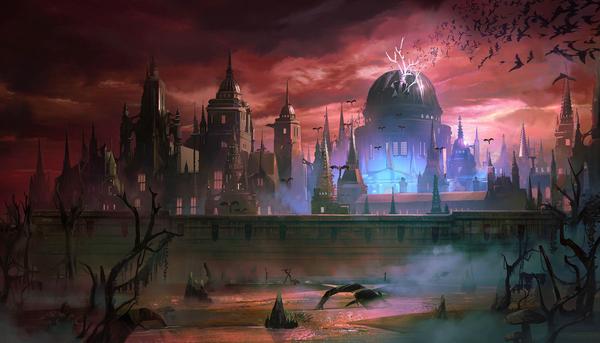 A darkness has fallen over Morytania. The Myreque freedom fighters have achieved their first major victory over the vampyres with the death of Ranis Drakan. However, their newly found hope is unlikely to last. After many years of absence, Lord Lowerniel Drakan, the vampyre overlord of Morytania, has finally emerged from his castle. He has but one goal. To avenge his brother and eradicate the Myreque once and for all.

Sins of the Father Quest 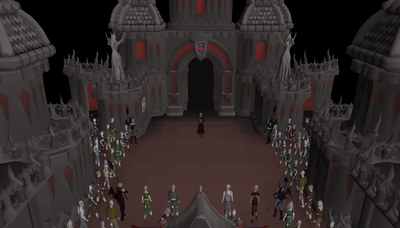 Sins of the Father is the fifth instalment in the Myreque storyline. In this quest, you will need to help the Myreque investigate some strange goings on in Morytania whilst also preparing for return of Lord Lowerniel Drakan himself.

Spoiler warning! Click here to see requirements for Sins of the Father

Spoiler warning! Click here to see rewards for Sins of the Father 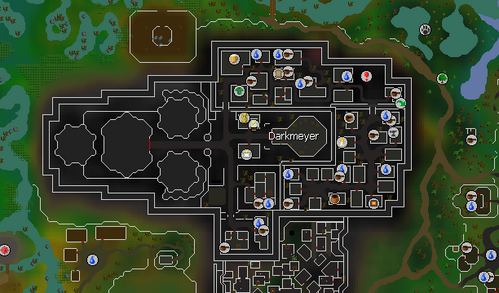 Map is WIP and subject to change.

Capital of the vampyres and home of Castle Drakan, Darkmeyer has stood for centuries as an imposing and impenetrable blight on Morytania. Within its dark stone walls you will find a multitude of new shops, amenities and skilling methods.

Click here to see more information about the Vampyres 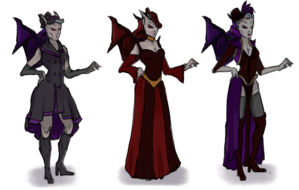 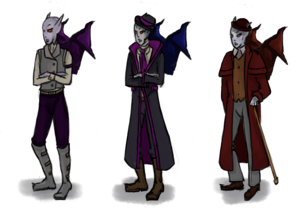 Concept art of Vampyres and is subject to change.

The vyrelords and vyreladies found through the second and third tiers of the city are not attackable, but can be spoken to and pickpocketed. The latter requires 82 Thieving and rolls on a new loot table which includes the unique Blood Shard, an attachment to the Amulet of Fury that creates a Blood Fury Amulet. This passively saps the life from your opponent while doing melee damage, and gives a small percentage of health back to the player. When a Blood Shard is attached to your Amulet of Fury, you will have a 10% chance of healing 10% of the damage you deal with a minimum of 1. For example, if you hit a 40, you have a 10% chance of being healed 4 and if you hit a 23 you have a chance of being healed 2. This will only last for 10,000 successful hits. After that, the Blood Shard will be destroyed leaving you with just an Amulet of Fury. Note: The Blood Fury Amulet will have identical stats to the Amulet of Fury. 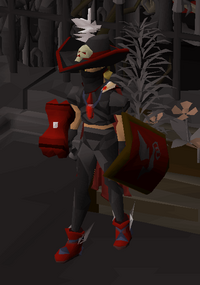 Player wearing Blood Fury Amulet. This is subject to change.

The Elite Vyrewatch are more powerful versions of the normal Vyrewatch. They can be killed for an improved loot table, which includes the Blood Shard, and can count towards vampyre slayer tasks. Vampyres will also be included in two new Slayer unlocks which will extend vampyre tasks to between 200-250 and allow them to be assigned by Konar, Duradel, Chaeldar, and Nieve/Steve. 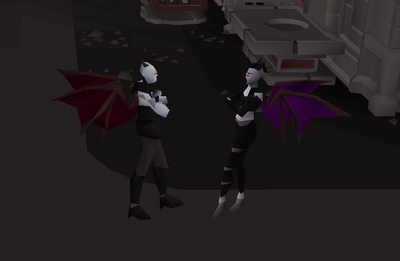 Elite Vyrewatch. This is subject to change.

Click here to see more information about the Essence Mine

Essence Mine and Raw Daeyalt Deposits

For many years, Darkmeyer was home to a mysterious power. The presence of this power caused the mineral deposits in the area to change, creating daeyalt and pure essence deposits. Within Darkmeyer’s mine, players can mine raw daeyalt if they have at least 60 Mining. Only one deposit will be active at a time though so pay close attention. The active deposit can be mined to obtain stackable and untradeable daeyalt shards that can be converted to into untradeable daeyalt essence (that does not stack) with an NPC located in the mine. Daeyalt essence can be used anywhere that pure essence can, including ZMI (provided the player has at least 50 Runecraft). Using daeyalt essence will give 50% more Runecraft XP than pure essence. Note: Training Runecraft through this method including the mining time will not be substantially better than training it traditionally. 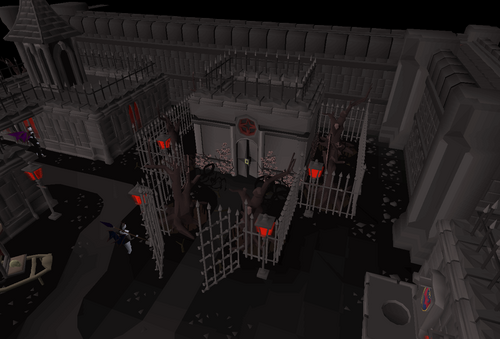 Entrance to the Hallowed Sepulchure. This is subject to change.

Before the vampyres came to Morytania, the region was known as Hallowvale and was ruled over by the Icyene queen, Efaritay Hallow. She ruled the region from the capital city in the south east, a city that following the vampire takeover became the two cities of Darkmeyer and Meiyerditch. With the exception of the royal family, who had their own private graveyard, most citizens of Hallowvale were buried in a great crypt known as the Hallowed Sepulchre. To protect the sepulchre from grave robbers, it was built with various traps and other defence mechanisms. However, that hasn't stopped someone from trying to raid it. A group of unknown individuals are particularly interested in recovering any of Hallowvale's old currency, Hallowed Marks, from the sepulchre. To help them with this, they are willing to reward anyone who obtains some of these Hallowed Marks for them. 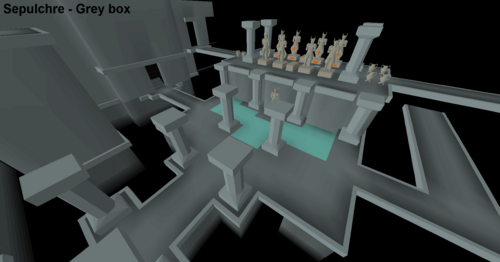 Greybox of the in-game Hallowed Sepulchre. This is subject to change.

Once a player enters the sepulchre, they will be given a limited amount of time to raid the crypt. The crypt will be filled with tombs hiding stealable items. These will be randomly chosen from a new loot table, with a rare chance of obtaining a Hallowed Mark. Players will also earn Agility XP for avoiding the various traps in the area, as well as getting a bonus amount of XP whenever a tomb is looted. While treasure may be rewarding, the more time you have remaining when you leave the crypt, the more Agility XP you gain. But beware, if you start a floor and don't complete it before time runs out, you will sacrifice all of your potential earned Agility XP.

The sepulchre is made up of five levels, each requiring a higher Agility level to access. If focused on, the expected Agility XP gained for each floor is estimated to be slightly higher than the XP gained on rooftop courses. Similar to Pyramid Plunder, players access the next level via the previous one. The Agility requirements are:

Mods Husky and West will show off an early prototype for the Hallowed Sepulchre on this weeks Dev Q&A along with some concept art. This is your chance to see the mechanics behind the traps and to give your feedback early on in the design process. 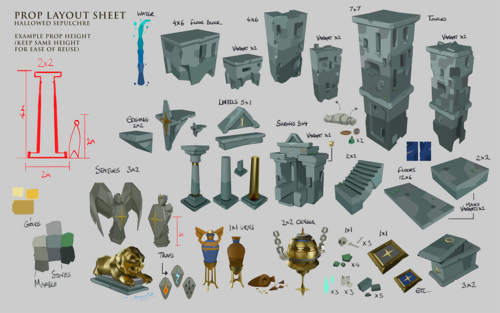 Concept art of the props found within the Hallowed Sepulchure. This is subject to change.

There are two types of rewards on offer from the Hallowed Sepulchre: rare loot you get from raiding treasures inside and items you can purchase from a reward shop with Hallowed Marks.

If you're willing to sacrifice both time and Agility experience, you can track down some treasure chests while inside the Hallowed Sepulchre. These are protected by various traps, but they contain loot that may be worth your while, including the Ring of Endurance and the Strange Old Lockpick.

Outside of the Hallowed Sepulchre you'll find a stranger that is willing to take some hallowed marks off your hands in exchange for rewards that you will find quite useful in aiding your raiding crypt adventures. All are untradeable and unstackable:

There are two other rewards that the stranger has on offer that, while untradeable and unstackable, show off your dedication to the Hallowed Sepluchre: 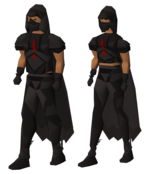 Dark Graceful. This is subject to change. 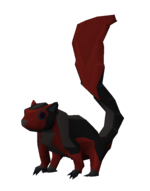 Giant Squirrel recoloured with Dark Acorn. This is subject to change.
Feedback 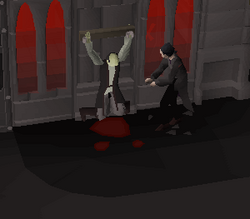 Blood tithe in Darkmeyer. This is subject to change.

We intend to poll everything in this blog in the coming weeks and in accordance with your feedback. Please make sure you have expanded the various sections to see all of the information available, including more poll questions. Your feedback is invaluable, and as such we invite you to be vocal about sharing it with us. Your comments will help us finalise The Darkmeyer design. All changes, based on feedback, will be placed at the top of this blog in a changelist.