Never again will you have to watch an impling float away uncaught - barehanded impling catching is here! We've also got a number of Deadman Mode changes to help you get the most out of your time in Deadman. 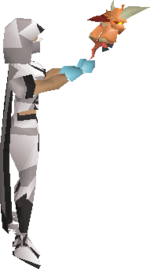 It is now possible to catch implings without a net or jar. Doing so requires a hunter level 10 higher than the usual requirement for the impling you are attempting to catch. For example, catching a dragon impling barehanded requires 93 Hunter.

If you wish to catch implings within Puro Puro you must have an impling jar in your inventory.

Clue scrolls have been added to the drop tables of implings. When looting implings you now have a chance of receiving a clue scroll in addition to your normal loot.

Each different sort of impling offers a different chance at a clue scroll. Depending on the level of the impling you have a chance of receiving a clue scroll from easy to elite:

The higher the hunter requirement to catch an impling, the more likely you are to receive a clue scroll. 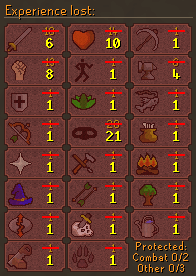 In Deadman Mode the combat level of the person who kills you now impacts how much experience you lose when you die. A death to a player who completely outmatches you will not be as severely punished as a death to someone of a similar level.

The result of this is that experience loss remains roughly the same when you die to a player of a similar level to you. However, dying to a player who is a higher level than you gets less and less punishing as the difference between your combat levels increases.

We feel this is a much fairer system which allows lower level players a fighting chance of keeping their stats long enough to progress.

This is multiplied with the normal experience loss.

The number of item stacks lost from your bank on death in the Deadman Mode has now been reduced from 28 to 10 for everyone. This change will give players who die a better starting point for rebuilding while still giving PKers a rewarding drop for their efforts. 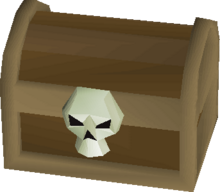 Brand new Deadman Mode accounts now have 6 hours of protection from player-vs-player combat. In these first 6 hours it is not possible to attack or be attacked unless you first talk to Doomsayer in Lumbridge.

In addition to 6 hours of immunity, brand new Deadman Mode accounts now also receive 6 hours of increased experience gain. During this period, experience is gained at 10x the rate of Old School (double the usual rate in Deadman Mode).

This change should help players who have started Deadman Mode late get to a point where they can compete and defend themselves. If you're yet to try out Deadman Mode, now is the time!