Ahead of the beginning of the Deadman Summer Season, and with a huge number of notable changes, this newspost is here to ensure that those seeking to participate will be fully in the know. 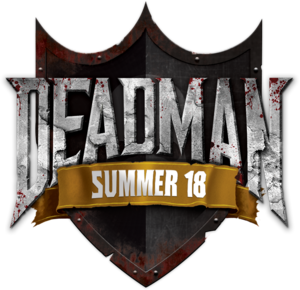 For a full overview of Deadman Summer Season content please visit the Summer Season Deadman page. For ease of reference you can find the changelog below:

There were a number of concerns that the crackdown on swapping and muling would lead to a shortfall of available supplies for PKers and PvMers. To help mitigate this risk we have opted to make a number of changes to content which would ensure that supplies are available.

Every NPC in-game will have a chance at landing on an additional drop table that contains highly sought-after supplies. This includes high-healing foods, high level potions, herbs, and potion secondary ingredients. This chance is determined by the combat level of the NPC. The higher the level, the more likely it is that the NPC has of landing on the table. Goblins, Chickens, and Cows will be incredibly rare. Rune dragons, Adamant dragons, and Brutal black dragons will be rather common. Note that this does not affect Lava dragons, as they're still without a drop table.

Superior monsters, which appear during Slayer tasks, will have a guaranteed chance at landing on the rare table mentioned above. Consequently, every player will have the Bigger and Badder Slayer perk unlocked.

The droprate of the Tome of fire (from Wintertodt) has been increased by x10. For every roll on a Supply crate there will be a 1/100 chance of receiving the Tome.

Burnt page drops (from Wintertodt) will now have double the amount of pages.

All random unnoted herb drops from NPCs will now yield 2 of the same herbs instead of the usual 1. This will not affect drops where specific herbs are guaranteed. For example, a Chaos druid will now drop 2 herbs instead of 1.

The Giant mole will now yield double the amount of Claws and Hides dropped.

Mysterious emblems are now worth twice the usual amount of points when traded in. For context, Twelve Tier 1 emblems are required to purchase a Rune pouch.

Fishing spots which yield Tuna, Lobster, Swordfish, Shark, Karambwan, Dark crab, and Anglerfish will now yield 3 fish with every catch. The XP given will still be equivalent to just 1 fish.

All dragons (excluding Lava dragons) will drop double the number of bones with each drop. This applies to Vorkath and it's Superior dragon bones.

The act of muling during the Summer Season is prohibited, and is a bannable offence.

The act of swapping during the Summer Season is prohibited, and is a bannable offence.

The daily XP cap for Magic has been increased to 750k. No other caps have been changed.

Players will have the ability to lock (and unlock) XP gain. This is toggled by talking to Nigel in Lumbridge.

There will be a period of 30 minutes immunity for all new players in the Summer Season.

Rune and arrow shops now contain a much greater variety of runes and arrows, respectively. Bone bolts have also been added to arrow shops. The restocking speed of the stores has also been substantially increased.

Mysterious emblems are now worth double the number of points when traded in.

Every player will have the Bigger and Badder Slayer perk unlocked from the very start.

All Zeah House favour is set to 100%. The Architectural Alliance miniquest is also completed, meaning favour is locked.

Pyramid tops, found atop the Agility Pyramid, will turn to cash upon death.

Seasonal starter packs have been added. They are reclaimable once per day, are untradeable, and cannot be used in PvP. Each pack contains access to: a Staff which comes charged with the equivalent of 500 Fire strikes, a Bow which is charged with the equivalent of 2000 bronze arrows, and a Scimitar wieldable from level 1 Attack but is the equivalent to a Mithril scimitar. Each pack contains 1 Combat potion, and 12 Cooked tuna (these are tradeable). These packs can be claimed from the Combat tutors in Lumbridge.

The Deadman Summer Season kicks off at about 10pm GMT on Saturday 17th March, just after the #DeadmanSpring Finals conclude! Get involved on Twitter using #DeadmanSummer and don't forget to watch all the action unfold on Saturday on Twitch.