December - The Month Ahead

December has arrived and it is going to be a big month for Old School. We are soon going to begin discussions about the direction we would like to take Deadman mode and, of course, this year's Christmas event is well on the way!

The Future of Deadman Mode

This Thursday on the Old School developer Q&A we will be discussing our future plans for Deadman mode to see what you, the Old School community, have to say.

We have already discussed the possibility of a Deadman tournament taking place in 2016, which has received a lot of support from passionate Deadman players all over. We will be expanding on this and detailing our other plans for Deadman.

The game mode has given a huge number of RuneScape players a new way to enjoy the game and this is something we would like to maintain for a long time to come.

Be sure to tune in for the Old School developer Q&A on Thursday at 5pm GMT on the RuneScape Twitch channel for more details. This live stream will also be followed by a news post on Friday.

We will soon be releasing the final bits and bobs from content poll #37 into Old School. One update which has been receiving a very positive response from the community is the key examine update.

As of this Thursday, every key in Old School RuneScape will have an examine option to help you remember where it can be used or where you got it from. A small update, but one that will solve the mystery of the 18 miscellaneous keys scattered throughout your bank!

By the end of December we aim to have all of the outstanding content from poll #37 in game and ready for you to enjoy!

A year has passed since Anti-Santa's defeat, and inevitably he's planning yet another evil scheme. This time, Santa has decided to gain the upper hand by having someone on the inside. 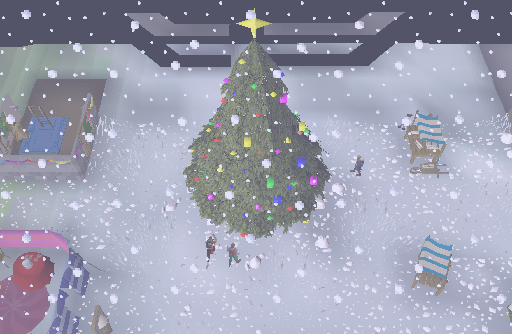 If you are up to the challenge of infiltrating Anti-Santa's inner circle you may be the perfect person to help Santa stay one step ahead. Unfortunately for you, a little inside-info is not going to be enough to stop Anti-Santa.

Santa is not the type to go on the offensive too often, so his resources are a bit lacking. While you are working from within Anti-Santa's camp, you will need to gain his trust and find a way to leverage his own forces against him.

The poll asking whether or not you would like to see this event come to Old School is live until Wednesday 9th December. Do not miss your chance to vote!

At 9pm GMT each Wednesday and 5pm GMT each Sunday from the 20th December, we will be hosting community livestreams over Christmas. During these livestreams you will be able to get your hands on Christmas crackers, partyhats and santa hats!

The first batch of Zeah is set to come to Old School in early January and development is now well under way. Throughout December you will be seeing more and more of the new continent as the release date approaches. 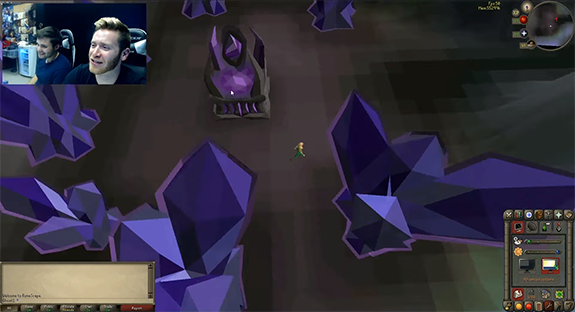 Be sure to tune in at 6pm GMT on Thursday over on the RuneScape Twitch channel to see Mods Ghost and Alfred design Zeah live! It is a great way to get a sneak-peek at the upcoming continent and a great way to see how the game you play is made.