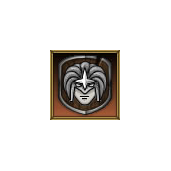 Bounty Hunter has been talked about by the Old School team since late last year as a possibility for Old School. We need your input to make sure that Bounty Hunter, if added to Old School, is the best that it could possibly be for the game and it's players.

Check out the Bounty Hunter developer blog and make sure to let us know what you would like to see happen.

Bounty Hunter was a huge part of RuneScape for a number of years. Many of today’s PKers have fond memories of taking out their targets and would love to be able to re-live those good times. The minigame itself is one that drew people towards the wilderness and kept them there, which is something that any PKer, old or new, can appreciate.

Players have been asking for the re-release of Bounty Hunter for some time now and we want to make it happen. We have a number of questions regarding Bounty Hunter that we need to ask you to ensure that it ends up being exactly how the players want it to be.

What did you enjoy about Bounty Hunter?

While we have had a lot of feedback from players suggesting that Bounty Hunter is something that a large number of people would be interested in, we don't have much insight into what it is about Bounty Hunter that people found so appealing.

The potential impact of Bounty Hunter

One of the more significant concerns regarding Bounty Hunter is the impact it would have on the existing PvP environments and how it would be implemented with this in mind.

Players already have two dangerous player-killing areas to choose from: PvP worlds and the wilderness. If Bounty Hunter were to be released we would not want it to negatively impact the PKing community.

One possibility may be to add some Bounty Hunter mechanics to PvP worlds and the wilderness in a way that doesn't impact your ability to use the areas as you currently do, but would open it up for people that want a system similar to that of Bounty Hunter.

However if an entirely separate minigame is what the players truly want then it is, of course, a possibility as well.

This brings the debate between the two previously existing versions of Bounty Hunter, Craters vs Worlds, to mind. Many Old School players have been discussing which of the two they preferred and which would better suit Old School. 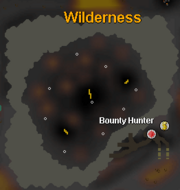 Bounty Hunter craters were the home to the original version of Bounty Hunter released in December 2007 alongside the removal of free trade and PvP in the wilderness. A large crater in the center of the wilderness is where it all took place. Players entered the crater through one of 3 entrances which were separated by combat level and were then assigned a random player in the crater as their target.

An arrow would point players in the direction of their target making it easier to find them. A spell to teleport you directly to your target was also available for players to use.

Players were free to kill whoever they wanted within the crater and would receive the items they had as a drop. However if they killed players that were not their target they would receive a 3 minute penalty, during which they were unable to leave the crater to safely bank their loot.

In 2009 Bounty Worlds replaced the Bounty Hunter Crater. Instead of being restricted to the crater and the combat level sections within it, the entire wilderness became a Bounty Hunter area on designated worlds.

Unlike Bounty Hunter Craters, the player you received as a target would also get you as a target. The spell allowing players to teleport to their target was removed, but the arrow pointing you towards them remained.

Bounty Hunter Worlds gave the players a lot more freedom and allowed players to enjoy the wilderness during their target-hunting adventures.

How should we add it to the game?

Having Bounty Hunter as a completely separate entity to the existing PvP areas would, as previously mentioned, run the risk of negatively impacting the existing PKing community. It would, however, allow for drastically different rules and mechanics to be used without forcing such changes upon players in other areas of the game.

If we were to somehow implement the mechanics of Bounty Hunter into the wilderness or PvP worlds it could act as a new reason for people to visit the PvP areas, quite the opposite of what might be expected from Bounty Hunter as a separate minigame. We would want to be sure that people that had no desire to participate in the Bounty Hunter activity would be free to continue their PKing as usual.

Right now, nothing is set in stone. We have the past incarnations of the minigame to look back on and learn from, as well as an experienced community that will help shape Bounty Hunter to fit Old School.

We need as much feedback as possible from you in order to make sure that Bounty Hunter will be something to push Old School in a positive direction, so please make sure to let us know exactly what it was about Bounty Hunter that you loved so much and how you would like to see it fit into the future of the game.