Since the last Dev Blog, weve been inundated with suggestions, questions and feedback surrounding our proposed rewards for using the Bounty Hunter Target system.

The feedback has been great. Weve received some very valuable insight and suggestions that weve since collated, worked through and huddled together in preparation for another proposal.

Make sure to head over to the forums to read the Bounty Hunter rewards part 2 developer blog.

Since the last Dev Blog, we’ve been inundated with suggestions, questions and feedback surrounding our proposed rewards for using the Bounty Hunter Target system.

The feedback has been great. We’ve received some very valuable insight and suggestions that we’ve since collated, worked through and huddled together in preparation for another proposal.

To make sure that you understand exactly how these rewards will be coming into Old School, have a read of the previous rewards developer blog as it goes into detail on how the system will work.

In the last blog, we outlined that we didn’t really know what was suitable to go in the store. We made it clear that supplies, such as food and potions, were off the list as didn’t want to undermine various collection communities and skills in the wider game. You agreed with us and suggested alternatives that would enhance not only your PvP experience, but aspects of the wider game as well.

Here are some proposals for items to go in the PvP store. Keep in mind that we intend to keep the rewards from Bounty Hunter tradeable.

The dragon spike will now give access to Berserk cyclops which will drop the dragon defender.
The Ring of Wealth (i) will now always lose it's imbue on death (even if it is not risked).
Saradomin's tear has received a buff to make it more valuable. It will now half the special attack cost of the weapon as well as slightly buffing the stats.

Items from other shops

Devaluing the efforts of skillers and PvMers is something that we are set on avoiding with the Bounty Hunter rewards shop. In fact, we hope that many of the rewards will bring more value to items in those areas of the game.

One way of giving emblems value without negatively impacting PvMers or skillers is to stock the Bounty Hunter rewards shop with a number of items that already come from various shops around Old School.

A few examples of this would be dragon scimitars, dragon daggers and berserker helms. These items come almost exclusively from other shops in game and, because of this, it would provide value to the emblems received from Bounty Hunter without hurting other PvMers or skillers. 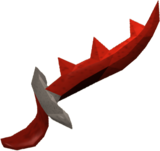 Dragon spikes provide something that players have been asking to get for quite some time - Dragon defenders.

When taken to the Warrior's guild, dragon spikes will give you 10 minutes in in a room where you can kill Berserk cyclops. These Berserk cyclops have a reasonable chance of dropping a dragon defender.

Note: You must already own a rune defender in order to receive a dragon defender as a drop.

Many players have experienced the horrible moment where you are on the last step of a hard clue and get PKed on your way to a wilderness clue location. The clue box would guarantee that you keep your clue scroll on death and the clue box itself would always be lost.

The Amulet of Smiting provides the same stats as an Amulet of Glory as well as increasing the effectiveness of the smite prayer. Instead of lowering your opponent's prayer by 1/4 of damage dealt, smite would instead drain by 1/3 of damage dealt. 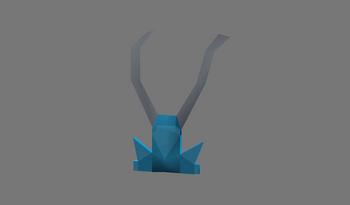 This item would be degradable and would crumble to dust after being worn for a certain number of hits.

Ring of Wealth (i)

The Ring of Wealth (i) doubles the chance of you receiving a clue scroll from all monsters within the wilderness.

In order to imbue a Ring of Wealth a player must pay 50,000 coins as well as a number of Bounty Hunter points.

If you are risking your Ring of Wealth (i) and a player kills you the ring will crumble to dust and the person that killed you will receive the 50,000 coins as a drop.

If you are not risking your Ring of Wealth (i) and a player kills you the ring will be kept but the imbue will be lost and the player that killed you will receive the 50,000 coins as a drop.

Dark vessels and souls are two rewards that will be offered that will work together. The dark vessel would be used to store souls that, when released, cause any monsters that are attacking you to flee.

The dark vessel can only be used within the wilderness and does not degrade. When a soul is released it is lost.

The Ring of Influence increases the likelihood of the special effects of enchanted bolts activating. It degrades after 100 bolts have activated when worn and provides no other stats.

We can offer cosmetic upgrades to some items as rewards from the Bounty Hunter shop. We don't have much in the way of examples, but here are a couple that Mod Alfred whipped up for this blog. 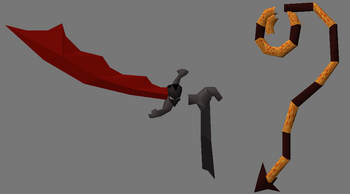 Teleport controller; allows you to control which obelisk you are teleported to instead of ending up at a random one every time. This is always lost on death.
Ancients teleport tablets; new teleport tablets to take you to the locations available on the Ancient spellbook.
Target Enrage; increases the level range upwards of potential targets you can be assigned.
Looting bag; if you don't fancy a trip out to go and get one as a drop you can buy one from the rewards shop.
Rune pouch; allows a player to store three different types of runes in a single inventory slot (the runes can be used when in the pouch).

These have seemingly gone down very well but we’ve had one point raised as feedback over how the system should work. None of the accolade challenges shall be made to target skillers or specific classes of player in the wilderness. The community feel pretty strongly about this and through feedback, we agree.

Top PK’ers and riskers have pointed out that getting 3 kills within 10 seconds to score a triple kill is highly unlikely. We agree, so we’ll adjust the time between each kill to score a different medal to something more appropriate based on further feedback. Please, do give us this feedback!

We initially proposed to make the lowest tier of emblems tradeable to allow players to ‘buy into’ an emblem upgrade kill streak. We would still like this to be the case; however, concerns over players hoarding and buying their way into the store have been quite plentiful.

All emblems are to have a street value based off the number of reward shop points they can be exchanged for; this should offset the value of the items coming out of the store. Supply and demand should keep emblem turnover consistent enough to retain reward shop value.