In this week's developer blog you can find out what we want to offer in content poll #19.

Many of you gave us feedback that you didn’t want Clan Wars in the Wilderness again so it will be located in the desert area to the East of Al Kharid and south of the Duel Arena.

Clan Wars will work via a grouping system similar to how it originally worked. Players in your friends chat will be able to access the arena you set up when challenging another player. When you challenge another player you will have multiple options, you will be able to choose the arena you want to fight in, these maps are similar to the current Clan Wars maps such as Classic, Plateau, Forsaken Quarry, Blasted Forest and Turrets as well as the clan battle arena we used in last years Clan Cup. If you have any requests for additional arenas, please let us know.

You will also be able to decide the terms of the battle, do you want to allow food to be used, do you want to exclude magic, etc. These features will be fully customisable by you.

You will have a selection of game modes that you can play. Obviously, team death match where two teams fight until one is defeated is the usual mode, but here are some others we can offer you.

There has also been some requests for a free-for-all style arena similar to the white portal which is available in RuneScape 3. In the FFA arena you will be able to attack any player and they will be able to attack you. There will be no winners or losers as this is a persistent arena which you can enter without setting up a pre-arranged battle. 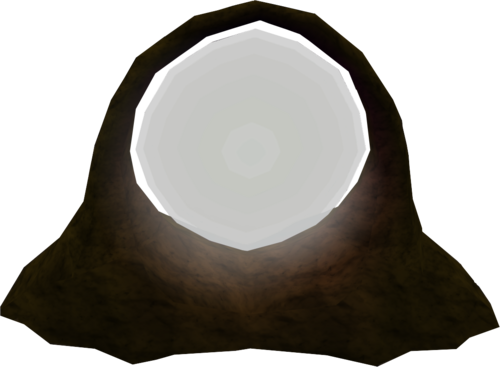 A lot of players are concerned about Clan Wars impacting on the activity within the Wilderness. To combat this, Clan Wars will be a safe minigame so that the Wilderness retains its role as the place to win (or lose) your bank while Clan Wars can be used for organised clan fights without the fear of being crashed. For the F2P pkers we will make Clan Wars available on non-member style worlds.

Question: Should we release safe Clan Wars with a selection of arenas?

Question: Should Clan Wars have a king of the hill battle mode?

Question: Should Clan Wars have a team oddskull mode?

Question: Should Clan Wars have a target deathmatch mode?

Question: Should Clan Wars have a timed deathmatch mode?

Question: Should Clan Wars have a safe free-for-all arena?

Clue scrolls are great for adding a bit of excitement to the day, and we think we can make them even better.

The first part of the treasure trail expansion will be a brand new tier of clues, elite clue scrolls.

With elite clues come elite challenges and you'll need to take on some bosses and higher level monsters in order to obtain one. To complete them you should expect to need high levels and have the most difficult quests completed. Elite level clues will grant a variety of non-treasure trail specific items as rewards such as dragonstone jewellery, dragon weapons, planks and high level seeds.

We'd also like to take this opportunity to release the minigame reward shop which you voted for in Poll 14. This shop will offer a coordinate kit that stores your sextant, watch, chart and spade as well as being able to buy elite clue scrolls at a very high cost. In addition to elite clue scrolls we want to update existing clues with a range of new emote, map and coordinate clues to make them both more challenging and exciting. We will also be giving you the opportunity to submit new clues to us so we can include the best in this update.

The best part of a treasure trail is the reward and you've been sharing your ideas with us over the last few weeks. We've had loads of great suggestions including Bandos, Armadyl & Ancient sets of existing God gear, new gilded and trimmed sets like bronze armour and black dragonhide, 3rd age weapons for each set, monster masks ranging from Imps to Dragons and a whole range of new cosmetic items to keep your appearance fresh!

Easy, medium and hard clues will all offer a range of new rewards while some new items will be exclusive to elite clues but no new rewards will offer best-in-slot bonuses in order to ensure no existing content is devalued.

Finally, there are some small features that you have been asking for. So, we would like to start recording how many of each level of treasure trail you complete and show that information to you. We would also like to make firelighters tradeable.

Question: Should we add the treasure trail expansion as described in the Clan Wars and Treasure Trails blog?

Other updates
There are also some other updates we would like to poll to you:

Question: Should we reduce the penance fighter hat requirement from 45 Defence to 40, to match the torso?

Question: Should you be able to store the Trouble Brewing outfits in the costume rooms in your house?

Question: Should Ahrim's staff be able to auto-cast Saradomin Strike?

Question: Should you be able to buy gem and coal bags from the Motherlode Mine shop for 100 nuggets of gold each? The coal bag will hold 27 ores of coal, the gem bag will store up to 60 of each gem up to dragonstone. You will only be able to own one of each bag at a time.

Question: Should you not be able to see the options on other players' pets when you click on them?

Question: Should the Prospector's outfit function as desert robes so it reduces the rate your water is depleted in the desert?

Question: Should there be a toggle to turn on or off the smoke down the smokey well near Pollnivneach?

Question: Should you be able to disable the warning messages when entering the caves for the cave kraken and the smoke devil boss?

Question: Should we add a deposit box to the Warriors' Guild bank?

Question: Should we improve black salamanders by slightly increasing their Xp, adding two trees and rearranging the existing trees?

Question: Should you be able to decide where your attack option should appear on NPCs and other players? You can choose to make your attack option always a left click, always a right click or to have its priority chosen off your combat level, you can change this setting at any time.

Question: Should items that can be 'operated' when equipped list all their options in the right-click menu?