Corporeal Beast has been one of the most talked about potential updates for Old School for several months now. The day where you get to vote on whether or not you want to see the beast in game is fast approaching and the content poll #25 developer blog will show you exactly what your options will be.

We will also be including an official iron man mode in content poll #25 following the enormous popularity of taking on the iron man challenge.

Make sure to check out the content poll #25 developer blog so you know what you are voting for.

After weeks of gathering feedback and months of players asking, content poll #25 will be offering Corporeal Beast as an addition to Old School. Corporeal Beast will offer a challenge above any of the other bosses that currently exist in Old School and will bring a bit more variety to Old School's end-game content.

The spirit shields would have the following stats: 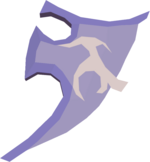 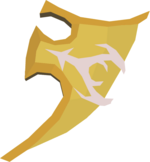 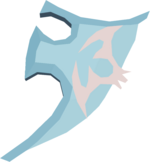 Special effect: The Elysian spirit shield has a 70% chance of reducing the damage you receive by 25%. 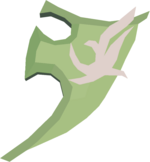 Special effect: The Divine spirit shield has a 100% chance of reducing the damage you receive by 30%. Your prayer points are drained for 50% of any damage that is negated.

Along with the option of introducing the sigils and spirit shields we will be offering a slightly reworked Divine spirit shield due to concerns voiced by some players.

With B0aty and Iron Faux leading the way with iron men, an official iron man mode has caused lots of excitement since the possibility was mentioned by Mod Pips. We've been looking at how we can achieve this and now it is time to talk to the community about what we can do.

What we tried to achieve with iron man mode was a gameplay mode where you leveled because of your own efforts rather than relying on other players. To make this a robust system we had to look at every area of the game where you could benefit from another player's input and decide whether that interaction fell within the realms of what an iron man should be. We had to look at every area of wealth transfer or possibility of increasing a player's XP due to the action of another as if there was just one method available to players it would mean it would be possible to cheat as an iron man.

The most difficult area to look at was minigames, we looked at each and thought that if you had to play a part in the minigame it would be fine to continue to use it. However, if you could leech from the minigame for a tangible reward, we would not allow access. For example, you can hide in the corner of fight pits and let your friends kill each other to gain tokkul but on pest control there is a minimum amount of activity required to get zeal so you would be able to play that.

Here are the rules of iron man mode. 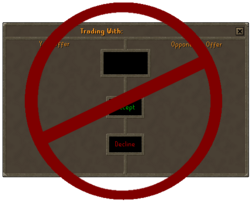 At anytime you will be able to stop being an iron man. Your progress on the iron man hiscores will be frozen and you will not be able to turn your account back into an iron man, so you need to be sure before you do it.

Of course, we don't want to have just an iron man mode, we want an ultimate iron man mode too. The ultimate mode will be the same as normal iron man but with a few extra rules.

As with the normal iron man accounts, ultimate iron men will have access to their own outfit, have their own hiscores and have a unique item next to their name when they chat.