Resizable mode is set to be released this summer (providing it passes the poll). In this developer blog we go into a little detail on what the plan is for resizable mode in preparation for the poll later on this week.

We've got some other, very interesting pieces of content coming alongside resizable mode in this developer blog, too. Shared slayer tasks, a much needed Seercull upgrade, various new graphics and animations, plus a whole host of quality of life updates.

Head over to our forums and give the content poll #32 developer blog a read. The poll will be opening this Thursday so make sure that you know what is in store.

One of the most highly anticipated updates ever to be proposed for Old School RuneScape, resizable mode, is set to be polled this Thursday. We'll also be including shared slayer tasks, a seercull buff and lots, lots more.

Resizable mode is something that has been asked for by many Old School players for quite some time. Late last year, Mod Jacmob spent some time working on giving us the engine capabilities to make resizable mode a reality in Old School and we are now looking to deliver that update.

Old School RuneScape is currently fixed to one size. Resizable mode would allow the Old School game client to be expanded to fit the size of any window, giving you the option to make the game the size that best suits you.

Resizable mode will have a new interface that will adapt to the size of the client. At this point we do not yet know exactly what this interface will look like, however we will be doing all we can to use existing elements from Old School to carry over the Old School feel to resizable. We will be providing screenshots of resizable mode and the interface throughout development.

Of course, resizable mode will be toggleable. If you wish to continue playing with the same gameframe that you always have in Old School, you can simply choose to not enable resizable mode.

Slayer is the favourite skill of many Old School RuneScape players but it has never been something that is easy to enjoy with your friends. We would like to offer the ability to partner up with a player so you both receive the same slayer task. 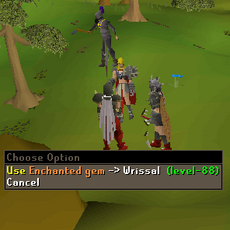 When you and a friend do not have a slayer assignment, you will be able to partner up by one of you using a slayer gem on the other. Once the partnership is accepted, you will then both be assigned the same slayer task when talking to slayer masters.

Note: While you will be assigned the same slayer task, your tasks will be independent of each other. If a player has a task blocked and their partner receives it as a task, they will simply not be assigned a slayer task.

It will only be possible to share a slayer task if both you and your chosen partner are on the same world. Only slayer masters that you both have the requirements to use will be able to give you a shared task.

The serpentine helm is a popular piece of equipment for high level players. With some great stats and very useful effects, it is the best melee helmet in the game

After seeing many requests for this, Mod Ghost got to work and has created two alternative styles of the serpentine helm. One resembling the tanzanite phase of Zulrah and one resembling the magma phase. 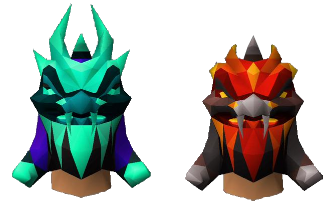 These two helmets will have the exact same stats and effects as the serpentine helm. They will only be different visually.

In addition to making the lovely new serpentine helms, Mod Ghost has created some new animations for a few spells introduced with Achievement Diaries.

The new Lunar spells, tan leather and recharge dragonstone, are currently using recycled animations. Mod Ghost has made some brand new, unique animations for these spells.

He has also created an animation for the Fountain of Rune teleport that is unlocked after completing the hard wilderness achievement diary. 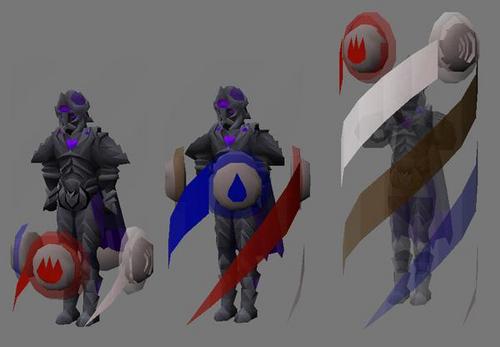