We've just put up a developer blog running through everything that we will be offering on content poll #33.

We are looking for as much feedback as we can get so be sure to head over to the blog and let us know what you think!

An in-game world switcher that allows you to quickly jump from one world to another without having to re-enter your login information is an update that is often requested. As such, we would like to offer it on content poll #33.

If it were to pass, the world switcher would be placed in the log out tab. This would leave it easy to access without any changes being made to the gameframe.

Using this to hop worlds would, of course, have the same restrictions as logging out usually does. It would not be possible to log out in combat or any other circumstances where logging out is not usually possible.

We recently borrowed Mod Maz, a RuneScape 3 developer who has been developing content since 2005, to temporarily come over to the Old School team to help out with a few projects while we look for a new, permanent content developer. She has been working on bringing the duel arena up to speed and making it as robust as possible.

As well as making the duel arena a more solid piece of content, we would like to offer a couple of changes and new features to make dueling and staking a more pleasant experience. 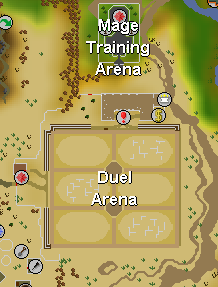 Use previous rules & use saved rules

A highly requested feature for the duel arena is the ability to select a particular set of rules in a single click. Such a feature can easily help reduce any risk of scams taking place at the duel arena as well as speeding up the process of getting into duels in general.

We would like to offer the ability to both select the rules used in the previous duel as well as the ability to save a custom set of rules and use these rules in a single click.

When creating the Grand Exchange, Mod Ash made sure to leave room for additional slots in the future. As a simple quality of life update, we would like to expand the number of Grand Exchange slots from 6 to 8.

Free-to-play users would have access to 3 Grand Exchange slots.

The Dagannoth Kings are one of the most popular bosses in Old School. Offering both a challenging fight and some excellent rewards, there is a constant flow of players making their way through the dungeon of Waterbirth Island to take on the beasts.

With how busy it can become, we would like to offer a couple of small, quality of life features to make life a little easier when it comes to finding an available world. 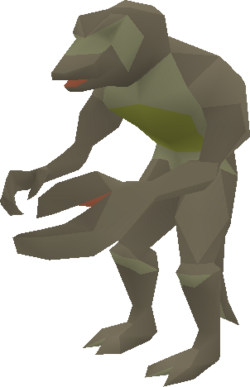 In order to make it a simpler task to see if a world is free, we would like to offer an option on the ladder that takes you down to the Dagannoth Kings that will let you know how many players are currently in the boss room. This would make the process of hopping around worlds and finding an empty one both simpler and less disruptive to the players already killing the bosses.

We would also like to offer access to a second Dagannoth King lair. By paying Askeladden, found at the top of Waterbirth Island, a one-off fee of 500,000 coins and completing the Fremennik elite diary you would unlock access to this additional lair permanently. This lair would not be instanced but would be entirely separate from the existing set of Dagannoth Kings, effectively doubling the number of available bosses on any world. In order to access the second Dagannoth King lair, you will need to go to the entrance of the original one.

Ring of the Gods (i)

The Ring of the Gods is the signature drop of Vet'ion, one of the wilderness bosses released with the wilderness rejuvenation project. It currently provides stats +1 to all defensive stats and +3 prayer bonuses. While this is useful in a few places, the usefulness of the ring is not always considered to be representative of how difficult it can be to attain.

We would like to offer an imbue to the ring to make it more appealing to use. The imbue would have the following effects and would require Nightmare Zone points and a holy wrench to unlock:

We feel that this imbue effect will add a reasonable amount of value to the ring while still keeping it well balanced. It also gives some additional value to the holy wrench which is often less useful than simply bringing along an extra potion.

We would like to get rid of this problem completely by allowing players to have one clue scroll of each tier rather than restricting them to simply one clue scroll. This would mean that you could have an easy, medium, hard and elite clue scroll at the same time, but never two of the same difficulty.

This change would prevent the different lengths of clue from interfering with each other while also serving as quite a nice quality of life update for clue scrolls in general.

Over the past few months we have had a fair few quality of life requests for Farming. We'd like to offer a few of these relatively small changes in content poll #33.

As always we will be taking all of your feedback into consideration before content poll #33 goes live so be sure to let us know what you think! Whether it is here on the forums, through Twitter or anywhere else you can get the message to us, we want to hear what you have to say.