Following feedback from the community, we've taken a look at Deadman Mode and have decided to make some changes.

Head over to the forums and give the Deadman Mode changes developer blog a read! 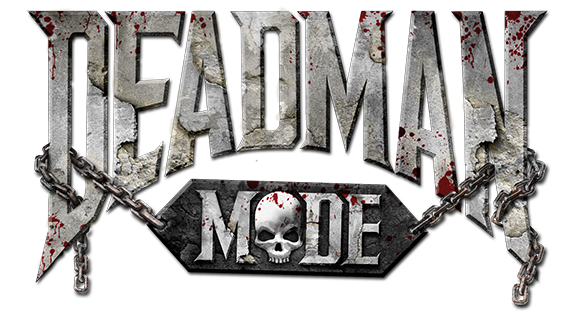 As Season 3 of Deadman Mode continues, we're looking to make some changes to the ways the PJ, Teleport, Logout and Skull Timers work with the hopes of incentivising PKing and also level the playing field for those seeking to play solo.

Depending on feedback, we plan for these changes to be on their way to Deadman Seasonal worlds with next week's update. We're doing this in order to improve the format in time for next season, so we can start with a solid ruleset rather than using the start of a new season experimentally.

Deadman Mode currently uses a PJ Timer similar to the PvP world timer. It isn't possible to attack players if they are attacking someone, regardless of whether they are being attacked back.

This has a number of benefits, such as making it much harder for Clans to switch who is attacking their target. However, it also makes it a simpler task for players to stay alive by having a friend box them.

In order to address the issue of boxing, while still making it a challenge for Clans to take out solo players, we'll be altering the Deadman Mode PJ Timer.

We will be changing the Deadman Mode PJ Timer to the standard Old School format, albeit with a duration of 5 seconds. Reverting to the standard PJ mechanic will make boxing much more difficult for players, as both players will need to be attacking each other.

In order to give Solo Players a far greater chance of teleporting or logging out against Clans, we'll be changing both the Teleport Timer and the Logout Timer to be 4 seconds.

In combination with the new 5 second PJ Timer, This means that should you manage to force your attacker to delay combat via eating or switching out with another player, you will have a second in which to escape.

Hopefully this turns combat against Clans into less of a tank test, and more of a fight back. If you're able to pick your fights and seize opportunities, you should be rewarded with a means of survival.

Deadman Mode has always been based around the concepts of constant survival tactics and edge-of-the-seat PKing. We want to encourage this notion by reducing the penalties imposed on those seeking Bank Keys.

Currently, a player must wait 30 Minutes before their Skull expires, and they're able to claim the spoils of their kills. We'll be reducing the Skull Timer to 15 Minutes, which instead of resetting, gains 2 minutes for each Re-Skull afterwards.

This change will ensure that going rogue and Skulling will feel more rewarding, and will speed up the flow of gameplay. Your Skull Timer can never exceed 15 Minutes, so rampages are encouraged.

However, this doesn't mean you can crush any opponent risk-free. Attacking someone more than 30 levels below you will result in your Skull Timer resetting to 15 Minutes, regardless of existing duration.

As always your feedback is vital to us, we look forward to seeing you discuss this update, if you have questions, let us know and we'll do our best to answer them.