We're picking the LootShare discussion back up with a simplified and tweaked LootShare system. Be sure to give the developer blog a read and let us know what you think.

Following our previous LootShare developer blogs we received a lot of feedback on various parts of the system. The system described below has been simplified and tweaked based on the feedback you provided.

We will be polling LootShare on Monday so be sure to give this blog a read!

The LootShare system we're offering aims to give everyone within a team an even chance of receiving drops. If a LootShare team gets a kill, the drop will be given to a random member of the team, so players in tank/support roles aren't disadvantaged.

Unlike the previously offered LootShare systems, team damage will not be pooled. A LootShare team will only be awarded the drop if a member of that team dealt more damage to the boss than other players.

This change to how kills are awarded for LootShare means that solo players will still be able to compete with teams. It also means there is no need for designated LootShare worlds. 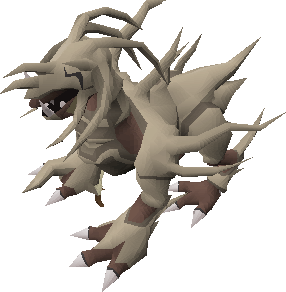 If LootShare makes it into Old School, loot broadcasts will mention whether or not a drop was received via LootShare. This will help members of a team recognise when someone does not have LootShare enabled.

Back in 2007, when LootShare was first introduced, it involved something called LootShare potential (LSP). Whenever loot was shared through LootShare, the members of the team who didn't receive the drop would gain LSP.

The LootShare system would be more likely to award drops to the members of the team with the most LSP. The aim was to distribute drops evenly throughout a team over time.

While this could be fairer in principle, there were a few drawbacks, notably the way a player might rack up a lot of LSP in a relatively safe place, then run over to a boss like the Corporeal Beast to "cash in their karma" for better drop-chances there.

We are therefore offering LootShare potential in a separate question from the main LootShare system.

As always, we are open to what you have to say about LootShare. If you have feedback, please send it our way!