After getting a huge amount of feedback on last week's snake boss developer blog we reworked the signature drops of the boss the make them more in-tune with what the community want from the serpent.

Make sure to head over to the developer blog post on our forums and let us know exactly what you think! 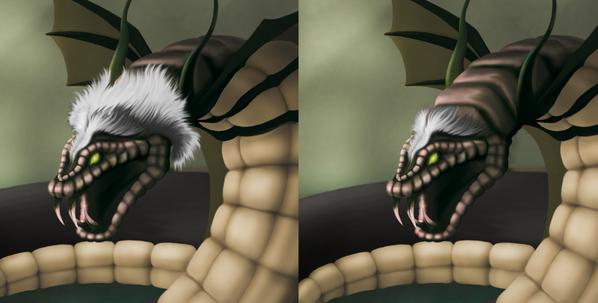 The snake boss developer blog that we put up on Friday seemed to grab the attention of a large chunk of the community. We received a huge amount of feedback and we have taken it all on board to offer these re-worked rewards for the snake boss.

Please note: Everything in this developer blog is subject to balancing and the names of items are still subject to change.

In the previous developer blog we did not mention a pet from the snake boss, however we do plan to release a super rare and slithery follower. It will, of course, be a snake and it will, of course, be something that only the most accomplished snake slayers will be able to get their hands on.

Venomous poison is a form of poison that gets stronger as time goes on. The damage of venomous poison starts at 6 and for every minute that passes it increases by 6.

This poison can be cured with either two doses of any high level antipoison, the first dose reverting the venom to standard poison and the second to cure it. Alternatively, anti-venom can be used to cure venomous poison.

All monsters that are immune to poison, such as bosses and some quest monsters, will also be immune to venomous poison.

Venomous poison is applied by all of the signature drops of the snake boss.

Scales are a 100% drop of the snake boss. They will be dropped in varying quantities and can be used to recharged other signature drops of the snake and to create anti-venom.

Adding scales to an antidote++ will create an anti-venom potion. This potion cures venom poisoning in a single dose.

We have not yet decided upon a specific requirement but creating the above potions will require a high herblore level.

The toxic blowpipe is a level 75, 2-handed weapon that uses darts for ammo. It coats all darts that it fires with venomous poison giving a 1 in 4 chance of it affecting your opponent.

The blowpipe carries +40 ranged strength and +60 ranged attack which stack with the stats of the darts you use. The attack speed of the blowpipe is 3, equal to a shortbow on rapid.

The blowpipe will degrade over the course of 15 hours into a broken state. It can be recharged using scales.

The snake fang can be attached to the Staff of the Dead to create a Toxic Staff of the Dead. This increases the magic attack of the toxic staff to +25 and has a 1 in 4 chance of inflicting your opponent with venomous poison when using an offensive spell.

Alternatively, it can be attached to an uncharged trident of the sea to create a Toxic Trident (uncharged). This increases the magic attack of the staff to +25, increases the base spell damage by 3 and has a 1 in 4 chance of inflicting your opponent with venomous poison.

When charging the Toxic Trident (uncharged) you use scales in addition to the runes used to charge the trident with spells.

This helmet requires 75 Defence and provides the following stats and effects: 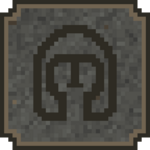 When wearing the serpentine helm you are immune to all poisons and venom. You also have a 1 in 6 chance of inflicting your opponent with venom poison when you are attacked.

The serpentine helm will degrade over the course of 15 hours into a broken state. It can be recharged using scales.

What happened to the venomous spike?

After receiving mixed feedback on the venomous spike we decided that a defender-like item would be best served coming from the Warriors' guild. We are scrapping the venomous spike and will talk more about the dragon defender as an alternative at a later date.

We need your feedback

As you can see, we have made some fairly drastic changes to the rewards available from the snake boss. Many of these changes were made due to quality feedback from the community. The more of you that let us know what you think the better we can make the rewards, so make sure to leave your comments below!