The final release of Last Man Standing is inching nearer and nearer, and this weekend we're running the third and final beta!

This week we've also got a number of quality of life updates from content poll #45, as well as a balancing change to the dragon spear special attack.

We've made a balancing change to the Dragon spear, Zamorakian spear and Zamorakian hasta in order to address a few problems with the way these weapon handles multiple people special attacking a single target.

Previously, if multiple people used these special attacks on a single target the stun effect would stack up and could potentially last for minutes. This caused all kinds of problems with the way damage was dealt, how prayer points were drained and what happens once a player dies. 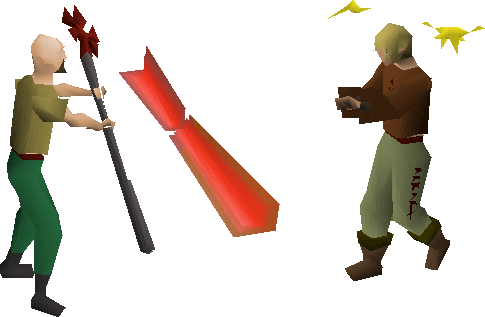 With today's update we have changed the way the special attack functions. You can no longer use the Dragon spear, Zamorakian spear or Zamorakian hasta special attack on a target who is already stunned. In addition to this, players are given a 1 tick period of immunity after a stun wears off in which they cannot be stunned again.

This change means that it will be possible to sneak in an action between stuns. Whether you want to drink a prayer potion, eat some food or attempt to teleport or run, you'll have a very small period of time in which you can try.

Last week's Last Man Standing beta proved to be a large improvement on the first release. The changes made saw hundreds of players constantly in games over the course of the weekend.

To further improve the state of the minigame, we're running a third and final beta this weekend. We've made some substantial changes based on the feedback from the community and we're excited to see how things go this weekend.

One of the biggest changes we've made to Last Man Standing is a revamp to the potential loot you can receive from loot chests. We've upgraded a lot of the weapons you can receive, making it more likely that you end up with higher tier equipment.

To go along with this change we have also updated the vending shrines to give a larger variety of equipment. 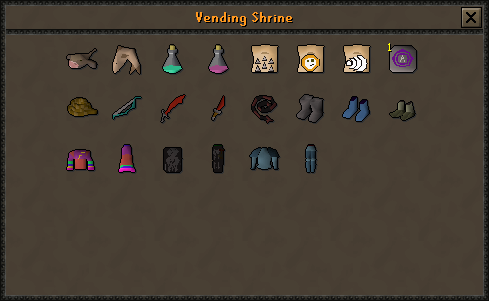 We've also lowered the defence level you're given to 70 in order to speed up fights a bit. You'll be seeing fewer 0s throughout games, making your battle for the #1 spot a bit more action-packed.

On top of the changes above, we've made many more smaller tweaks:

We hope to see many of you jumping into world 317 and giving Last Man Standing a shot over the weekend. We're aiming to release Last Man Standing next Thursday, so now is your last chance to get a bit of practice before money is truly on the line!

When you're completing clue scrolls you will now only receive a casket when you are about to get your reward. No more crossing your fingers as you run through the wilderness with your loot!

Please note: caskets which you have held onto since before the update will not necessarily be a reward. They may still give you the next step of your clue scroll following the update, or they may open up and give you another casket.