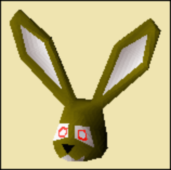 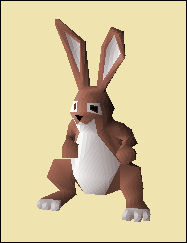 It's a double-sized update this week. With Easter on the horizon, we've reconstructed the Easter holiday event from 2006. Once again, the Easter bunny is late delivering eggs to the children of RuneScape, so he's resorted to a particularly hare-brained scheme involving hypnotised bunnies and a great big bird.

You'll find a bunch of confused bunnies burying eggs, just south of Falador. Grab a spade and dig 'em up to get involved in the nostalgic Easter festivities.

This event was originally written by Mod John A. A lot of the mapping had been overwritten in the years since 2006, so we've done our best to reconstruct you a faithful copy of his original vision.

As a reward for completing the event, you'll unlock all the untradeable Easter holiday items, such as the bunny ears and chicken suit, and you'll also receive the new Easter basket for which you voted in the poll. On top of that, you'll get two copies of the tradeable Easter egg. 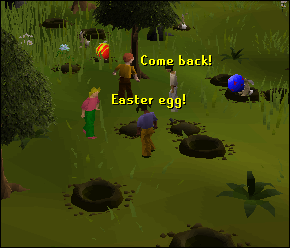 Slayer is one of the Old School RuneScape communitys favourite skills to train. Today's update brings you a new slayer monster, two new slayer bosses and three new reward items. Grab your Slayer helm - or at least a facemask! - and head into the Gnome Stronghold Slayer Dungeon to seek 'em out. 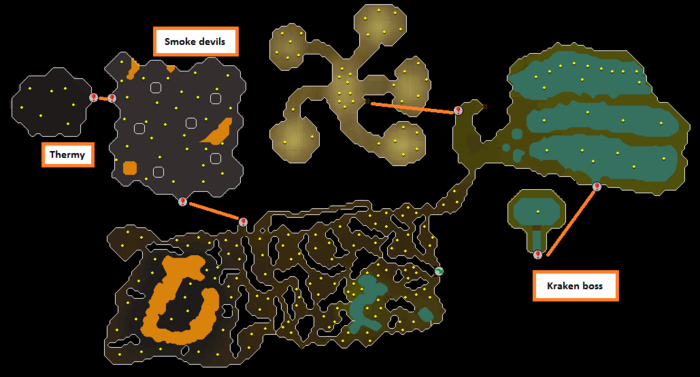 Smoke Devils require level 93 Slayer to fight. They lollop around in a cave filled with lava and smoke, wheezing their noxious fumes in the face of anyone who tries to fight them. You'd better bring a facemask or Slayer helm.

Their cave is in the Stronghold Slayer Dungeon, accessed through a crevice just beyond the aberrant spectres. Lurking in an even deeper cave is Thermy, the Smoke Devil boss.

As with all creatures in that dungeon, Nieve insists that you fight the Smoke Devils only if you're assigned to do so.

Another crack has opened in the wall in the Cave Kraken room, revealing the lair of a Kraken boss. If you're on a Cave Kraken assignment, and you feel up for something a bit tougher with better rewards, you can come and slay this instead.

The smoke battlestaff will only be dropped by the smoke devil boss and provides unlimited air and fire runes when wielded. It will have the same stat bonuses and requirements as existing battlestaffs and can be upgraded to a Mystic smoke staff by Thormac.

The Occult necklace is a new magical amulet that increases your magic damage by 10% and will stack with existing boosts. It will be dropped by the smoke devil and its boss variant. The occult necklace has a magic attack of 12 and prayer bonus of 2 and will require 70 magic to wield.

N.B: A combination of the Occult Necklace & SotD when barraging would take the max hit to 37.

Here's how the necklace compares with other existing amulets:

We'll be leaving the Easter event open for 3 weeks. Over the Easter holiday, we'll continue working on the Motherlode Mine. While that's going on, we'll be preparing a new set of polls to offer you the updates you supported in the recent priority survey (starting with bank tabs), along with some of the smaller quality-of-life fixes you've requested on the side.

Don't forget to tune into our weekly Q&A livestream on Twitch at 5pm BST. You can send us questions in advance by tweeting @JagexMatK.

To discuss these updates, join us on our forums.