This week sees the additional functions while the bank interface is open alongside other changes from the last game improvements poll.

Eating, Drinking and Equipping with the Bank Open

You can now eat food, drink potions (or any other liquids you fancy) and equip items from your Inventory while the Bank or Deposit Box interfaces are open. You can toggle this option on and off via the Bank Settings Panel, which will also change the option for Deposit Boxes. 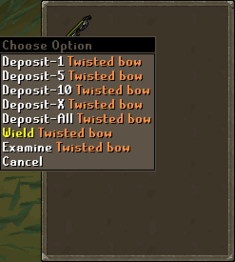 Right-click options on items such as these can now be toggled off via the bank settings panel. The toggle also applies to these options in the bank deposit box screen. 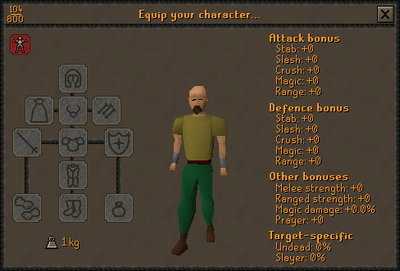 An additional screen for unequipping items without closing the bank has also been added. 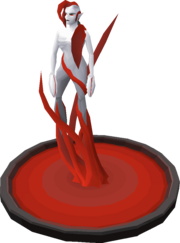 The chance of being able to stun Nylocas Matomenos will now increase with your Magical Accuracy bonus. For players with a +140 bonus from equipment, Void bonuses and Prayers, the success chance will be 100%. Below are some combinations that will provide a 100% stun rate:

The numbers displayed in these examples are not necessarily the minimum requirements to guarantee a stun on the Nylocas - they only give examples of setups that would guarantee it.

Visible stat boosts (or reductions) will also affect the chance of freezing the Nylocas.

Additionally, all raid team members successfully avoiding the blood splat attack now halves the chance of a blood spawn appearing. The maximum number of blood spawns is now capped at 8.

Crystal tools can now be used while they have no charges, and act like their Dragon counterparts. Additionally, the Crystal Axe and Pickaxe no longer consume charges when their effects provide no extra benefits.

In addition, we have fixed an issue where Crystal Axe charges were depleted when it was carried during Tai Bwo Wannai cleanup, even though the axe cannot be used.

Previously, run energy restored 30% faster while wearing all 6 pieces of the Graceful outfit. Now, the hood, cape, gloves, and boots give an individual 3% boost, and the top and legs give 4% each. This adds up to a 20% run energy bonus with an additional 10% bonus for wearing the whole outfit, which matches the previous 30% boost.

Although Farming patches don't normally let you dig up healthy crops before they're fully grown, this is now permitted for herb patches.

As we would prefer players didn’t grind for XP by repeatedly planting and digging up cheap herb seeds, the XP that was previously given when a herb seed is planted will instead be given when the patch is harvested, alongside the usual harvesting XP.

The inventory icons for the Fremennik Sea Boots (from the Fremennik Achievement Diary) have been adjusted to make them look more like boots.

A red message now appears in the chat box when a new music track is unlocked. If you prefer not to see these messages, you can toggle them off in the Audio menu. 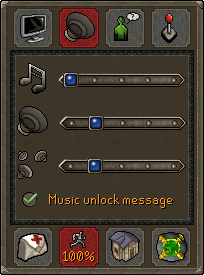 The Hard clue step requiring you to enter the Duel Arena has now been moved to outside the arena. This means you will no longer require assistance to complete it.

The Twisted League will close at 9am UTC on Thursday January 16th after a 30-minute countdown. This process may cause the regular game update to arrive later than usual.

The rank thresholds as of 4pm UTC yesterday (January 8th) are:

These will be updated later when more current stats have been pulled.

An issue which resulted in some players receiving duplicate points for completing certain tasks will be resolved in time for the end of the League.

As mentioned before Christmas, the rotation will stay on Period B for a few weeks to match the time it stayed on Period A during the holidays.

In February, Jagex will be celebrating LGBT+ History month by inviting a group of players to the office. The visit will include a Q&A session with the developers, lunch, and a tour of the office. If you're interested, sign up by filling out this survey.