This week we've got some interesting quality of life changes - including an activity bar for Fishing Trawler and the ability to instantly fill up your bank with junk! We've also got a number of tweaks for Last Man Standing.

A new option to fill up your bank with junk can now be found in the bank options menu. 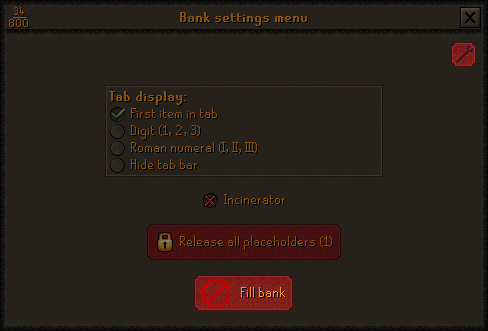 If you choose to fill your bank, every empty slot in your bank will be replaced with a bank filler. Bank fillers are useless items which cannot be withdrawn, but take up space in your bank.

Having a bank full of filler items allows you to decide exactly how many items you want to enter your bank when using the deposit inventory or deposit worn items buttons. Simply remove the necessary number of bank fillers from your bank.

You can clear out all of your bank fillers at once by clicking one and selecting the clear-all option.

An activity bar has been added to Fishing Trawler which ensures everyone aboard is doing their fair share.

Players who are not contributing to the trawler trip will find themselves removed from the minigame once their activity bar becomes empty. This can, of course, be avoided by actively taking part in the minigame.

As we can now be sure that players taking part in Fishing Trawler are contributing, we have now allowed ironmen access to the minigame.

As a result of this, the clue scroll requiring the angler’s outfit has been made available for Ironmen. Also, the requirements for the Ardougne elite diary have changed to be in line with those for regular players. Ironmen who have already completed the alternative task will not be required to complete the updated one.

Our goal with these changes is to give magic more of a presence in Last Man Standing. These changes will make it easy to get set up with ancients, and will improve your average magic gear by quite a bit.

Items dropped to player who deals most damage

This change solves the problem of people escaping a fight just to deny one player their loot. If you deal the most damage to a player, the loot will be yours when they die. Whether or not you deal the killing blow. 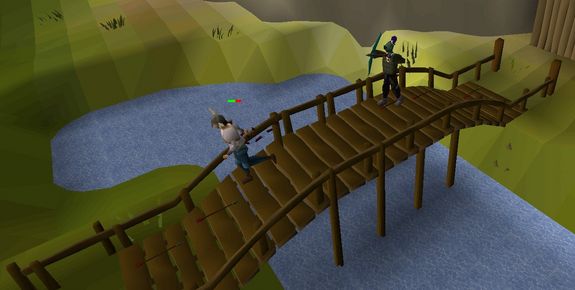