There are no shortage of updates this week with the release of changes to the F2P trial, boss kill counter, imbues for Treasonous & Tyrannical rings, master wand changes, Iban staff changes... The list goes on and on so let's get stuck in.

The Old School F2P trial has been a great success in growing the community. In fact it has been that much of a success that we have opened it up so more accounts can access it. Accounts which have not had membership for 90 days and have not taken part in the Old School F2P trial will be able to access the F2P servers for two weeks until the 28th August. There is no better time to get hold of your friends and clan mates and get them back in to Old School!

To read more about the Free to Play trial or to discuss it with us, go here.

Many players spend time slaying monsters of the larger variety. Be it Graardor or Kree'arra, they step up to the challenge of taking on boss after boss. Players kills of the following bosses will now be tracked:

Your total kills are now displayed in a game message after each kill and to avoid spam this message is hidden by the game filter and you can access your boss kill log from a ring of wealth. With today's update every player's tracker will start at 0 and will count up every kill achieved from now on. No more arguing between your friends about who is the most talented PvMer, now you'll all have the numbers to back it up. Head over to your favourite boss and get going with cranking that number up! 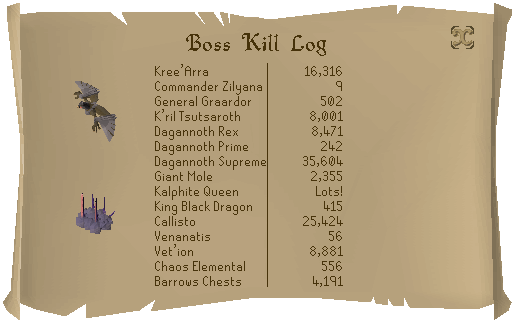 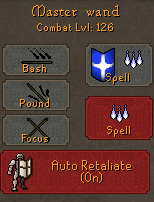 The master wand has now been given a useful upgrade that allows players to autocast spells from the Ancient Magicks spellbook. If you've ever wanted the extra magic bonus but just couldn't deal with the extra clicks, now is your chance. Grab yourself a master wand and have some fun.

The Dark Mage found in West Ardougne can now offer players a magical-wizardy upgrade to their Iban staff that will allow it to hold 2,500 charges. Each Iban Blast spell takes 1 charge against monsters, or 2 charges against players. However the Dark Mage is no fool and will demand 200k to complete the upgrade.

If you've ever wanted to get more out of your Iban staff now is your chance, hop on over to the Dark Mage in West Ardougne. 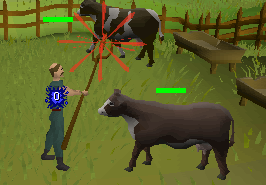 Misclicking Clan Wars team members will no longer be an issue in Old School after a small tweak to how the attack options inside Clan Wars work. Members of your team no longer have Attack as their left-click option, as if you were all wearing the same team cape.

Don't miss our Q&A livestream from 5pm on Twitch where we'll be previewing the Corporeal beast!