This week sees the release of changes to the Seed Vault, other various Farming improvements, and rebalancing of existing content.
Seed Vault Changes

Since the release of the Seed Vault, we've taken on your suggestions regarding functionality improvements and made the following changes: 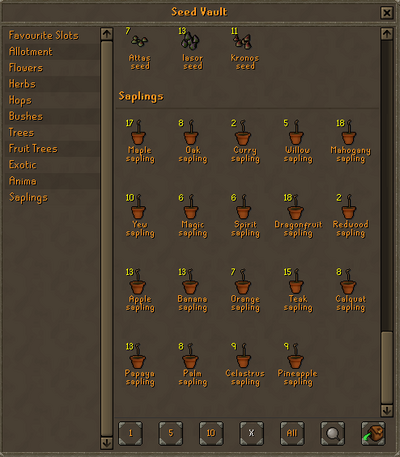 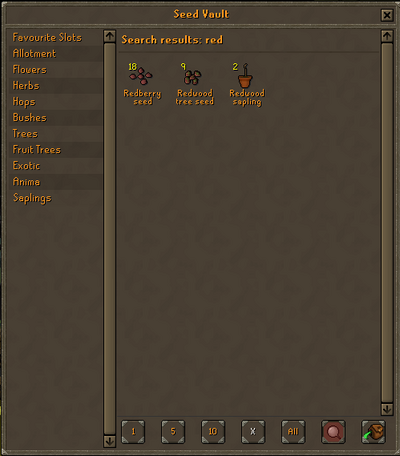 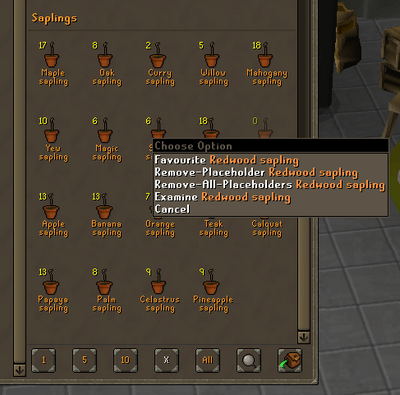 Rescaling In order to help with the usability of the interface, the Seed Vault interface now resizes to match the height of the game screen based on your display settings.

Since the release of the Poll Blog: Revisiting Older Content, we've made some improvements to Farming. You can find the changes below:

Update the 'Inspect' on Farming patches to list growth state

Likewise, if a farming patch has something growing in it, you can now see which stage of the process the patch is in when you inspect it. You can find this information by inspecting a farming patch.

Increase the number of tools the Tool Leprechaun can hold 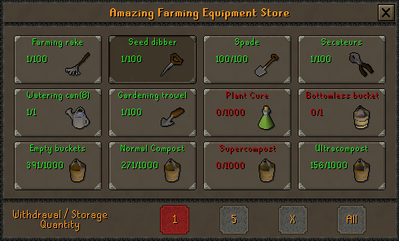 The Tool Leprechauns across the game can now store 100 of your rakes, dibbers, spades, gardening trowels and secateurs. Please note that they can only store one stack of secateurs; while you can store up to 100 standard secateurs or enchanted secateurs, the leprechauns won't let you mix them up together in the store. As for other items which can be stored in large quantities, the leprechauns now have a Banknote option for withdrawing the items in banknote form, for items that can be noted. Watering cans weren't affected by this update, since the leprechauns couldn't handle the different quantities of water that they all might contain.

In a previous post we explained that we would like to re-balance certain pieces of content following the trading change next to the Ourania altar. Below are some rebalancing changes that we have made:

The Arceuus Library was never intended to be an efficient method for training Runecrafting. We've increasingly seen players take books and bank them to be used at a later time for XP rates that are faster than training the skill as intended. We have now changed this so that you are no longer able to store the books found within the Arceuus Library within the bank or send them to your bank via magic imp box. As the books can no longer be banked, copies that you have already banked will be removed as the update comes out. However, as some of the books have legitimate uses, we'll leave one copy of each banked book rather than taking them all.

When Farming Contracts were first designed, they rewarded you with seeds based on whether you chose an Easy, Medium, or Hard contract. It did not take into account how long the contract would take to complete. This meant you could do an Easy contract that took 8 hours to grow but be rewarded with less than doing a Hard contract that took only 80 minutes to complete. As part of the discussion in January, Farming contract rewards have now been rebalanced to scale more consistently with the effort required to fulfil the contracts. This information can be seen from the tweet made by @JagexTide. The changes below were made following your feedback and the initial tweet from Mod Tide:

A Message From Mat K

The Old School team are sad to announce the departure of Mod Mat K. Mat, you've been with Old School RuneScape from day one, and we cannot thank you enough for your hard work. We're going to miss you, we're going to miss the data streams, and even the dad jokes. Here's a few words from Mat, to you - the community. 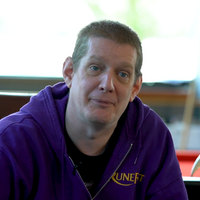 Over the last 14 years I have seen huge changes to RuneScape, from recruitment of thousands of PMods, release of new skills, EOC and the launch of Old School RuneScape. I have overseen the remarkable phenomenon which has become Old School RuneScape, listening to and understanding you has been the key to its success and this little game has shown the entire industry just how important the community is. Old School RuneScape has been a labour of love for me and I hope that I have led it in a way which leaves it in the state of the most player focused game on the planet.

I have made many lifelong friends while working at Jagex, that's other staff, players and partners that I have worked with and I do not want to lose touch with anyone. I'll still be posting on Twitter so you can follow what I am getting up to on there and I'm sure I'll be at RuneFest.

Before I joined Jagex I was a player, RuneScape has been an important part of my life for 15 years now and with all the new and exciting content on the way I am not about to stop that. I shall continue to play OSRS, and who knows you may even see me stream some of it on Twitch.