At the end of November we offered an array of changes to content on Fossil Island in the form of a poll. Now that Dragon Slayer II has been released and our Christmas celebrations are complete, we're able to deliver the changes in today's game update. There are a fair few changes to detail, so pop the kettle on before you sit down to read through them all.
Fossil Island Improvements

A mini-task list has been added to the archaeologists’ camp, documenting your exploration of Fossil Island. Completion of these tasks will reward you with additional fossils to start your display case. Some of the actions on the mini-task list were already being tracked in the game; you’ll find these have been ticked off for you already, getting you a start towards claiming Peter’s extra fossils. The task-list can be accessed via the noticeboard located immediately next to the General Store.

All tiers of birdhouses can now hold up to 10 birds, with higher-tier birdhouses yielding increased chance of nests and seeds.

Higher tiers of birdhouse have been introduced for Maple, Mahogany, Yew, Magic, and Redwood logs.

Feed and catch the birds by placing these in the right spots.

Changes to underwater Agility and Thieving

Ceto will now allow players permanent access to an instanced drift net area for a one-off fee of 20,000 numulites.

A new mermaid has been added to the drift net cave. She can hold on to your spare drift nets to help you save space. She will accept noted and unnoted drift nets, and can store up to 2000 nets. Nets are returned only in unnoted form.

The collection screen for fish caught in your drift net now displays an option to bank your whole catch for a cost of 5 numulite. Puffer fish are not bankable. No numulite will be taken if banking isn't successful (should you not have any fish you're able to bank).

Fossil wyverns and Ancient wyverns have had their defence levels lowered: 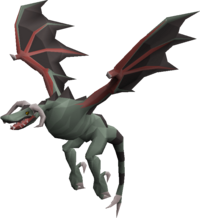 Wyvern tasks are now blockable at a cost of 500 Slayer points.

The Prayer experience obtained from using all forms of enriched bone on the strange machine in the House on the Hill has been increased by x5. 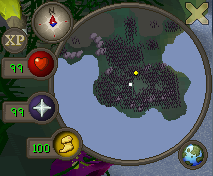 The Deranged Archaeologist has been moved to a location found south of the Sulliuscep mushroom Woodcutting area. 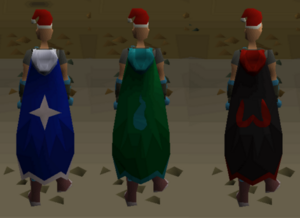 The colours and symbols on Imbued god capes have been changed to be more consistent with other capes.

As we mentioned earlier in the month, we'd like to spend the entirety of February dedicated to Quality of Life updates. In previous QoL months we have adopted a formula consisting of a week dedicated to PvM, a week dedicated to Skilling, a week dedicated to PvP, and so on. This worked rather successfully, and so we'll look to repeat it this time around. We'll soon create specific avenues of communication for you to give us your suggestions, but in the meantime we'd recommend utilising the Old School Content Suggestions forum or Reddit (/r/2007scape/ and /r/oldschoolrs/) to share and garner support for your suggestions. Having suggestions posted in these places is preferred to them being lost in the ether of shortform social media, such as when suggestions are sent to individual Mods on Twitter.

Old School RuneScape turns five years old on the 22nd February, and we have a very special three hour stream planned to celebrate our birthday. We'll have more information for you coming soon, but in the meantime go and follow twitch.tv/oldschoolrs which is the new Old School RuneScape Twitch channel, as well as registering for a stream reminder!

Thursday 11th January saw the end of the Deadman Spring Season, and with it the qualification for the Deadman Spring Finals. We're not yet ready to specify a date for the Finals, but we hope to be able to announce the exact dates in the very near future.

As well as our 5th Birthday, February will also see Old School RuneScape, RuneScape, and Jagex as a whole, support SpecialEffect’s Gameblast 2018! For those of you not familiar with Gameblast, we did a 24 hour stream back in 2016 that raised over £100,000, and every year SpecialEffect help many people with disabilities enjoy video games by providing specialist equipment and access to otherwise out of reach resources. It’s an amazing cause, and for Gameblast 2018 we’ll be hosting a 24 hour stream on twitch.tv/oldschoolrs, alongside a 24 hour stream on twitch.tv/runescape. There's no shortage of ideas, but if you have anything you’d like to suggest then please do so on the official Forums, or via social media.

If you frequent social media you may recently have seen that the Theatre of Blood, Old School's second Raid which was announced at RuneFest, is beginning to enter the design stage (do not confuse this with it beginning development). In the near future we'll begin communicating with you all regarding the Raid design and the rewards. We're dedicated to working closely with you to make sure that its release is as strong as the Chambers of Xeric was.

Finally, since this newspost is dedicated to Fossil Island, it seems fitting to remind you all that much later in the year we're looking to introduce a boss to Fossil Island. This hasn't yet even entered the design stage, so we'll have more information to share with you at a later date.