Update:Free to play and Old School

We know we said the developer blog regarding Old School and F2P would be out on Friday, but as it is ready we thought we would release it now.

Head over to our forums to read the blog.

Over the last few months we have seen a large decrease in hijacking and botting and we have a host of new tools to help even more. Here are just some of the highlights.

With all this in mind, we are now in a position to start offering a F2P trial version of Old School.

The dedicated support from Mod Weath has helped us see hijacking diminish hugely, so your accounts are much safer than they have ever been. However, we do not want to stop there – work is continuing on a two-step authentication system for Old School and as soon as it is ready, we will roll it out to you.

The impact of our anti bot activity has impacted on all areas of Old School, the prices of many items have returned to healthy levels, for example the going price for sharks is now back at 1k gp each and the price of chinchompas is steadily increasing. Despite the increased activity against bots, Old School continues to gain more players. 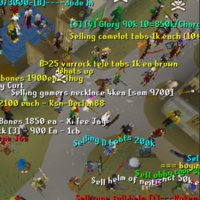 One of the biggest uses of bots in game is the use of autotypers. In itself, autotyping is not a hugely bad thing for Old School, however the impact is something you all have to deal with every day. Not only do they create huge amounts of spam, but also give account hijackers the opportunity to create malicious programs to steal your accounts.

In order to combat the issues created by autotypers we are going to release our own autotyper which is built into the game itself. With a combination of making our chat throttling system dynamic so we can target specific areas and giving you more control over what text you see, this should effectively eliminate in-game spam.

You will remember that over Hallowe’en last year we ran a free trial for a few days. We carefully monitored the results and although activity increased briefly, we actually lost revenue overall because we didn’t gain any significant number of new members. Obviously this opened our eyes to the fact that as a business we need to ensure F2P is introduced to Old School in the right way. The worst case scenario for us is that we open free to play and enough members decide to cancel their subscriptions to make Old School no longer profitable. If this were to happen, the support we give Old School would diminish which would obviously impact on the updates and support you get. It is in both our interest and your interest to ensure that F2P is delivered properly. 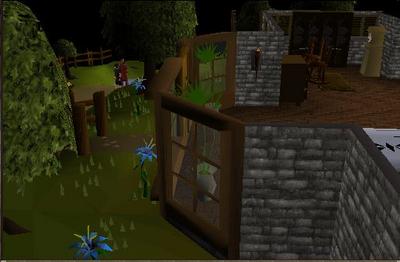 On the 27th May we will start a F2P trial where all newly made accounts will have access to a F2P version of Old School for two weeks. We will be opening a series of new F2P worlds which all members will be able to access. In order to limit any impact from gold farmers and bots we will be disabling yew trees which are the primary targets for these accounts.

Throughout the trial we will be carefully monitoring how it impacts on membership trends so we can see if this is the right way to introduce F2P. If it turns out that this isn’t the right way, we will look at the data and decide what the next step should be.

Throughout this trial we will be doing everything we can to push the trial out to the world, however we need your help too. To make Old School and F2P Old School the best it can be we need all of you to get behind this trial. You need to be telling your friends and ex-clan mates, making videos on Youtube, streaming and generally telling everyone you can that Old School is F2P. You can help by engaging F2P players, giving out welcome packs and anything else you can to help the F2P community feel welcome.

Together we have the opportunity to grow the Old School community hugely by introducing F2P in the right way which is something we all want.

The F2P journey that we are now all embarking upon will end two ways. If we find the right way to introduce F2P we will poll that method to you as a permanent addition to the game. However, you must also be prepared to accept that if we cannot find the right method, we can’t offer F2P as a permanent addition to Old School. Whichever way this goes, we are on the journey together and we will end up making the right decision for the good of Old School and the community.