Are you bored of your basic clothes? Do you wish that you had a wider variety of hairstyles and clothing to choose from? Well with today's update your fashion crisis problems will be solved and a whole lot more! Just in time for the Spring season too!

New hairstyles have been added to the Falador hairdresser and the account creation menu: 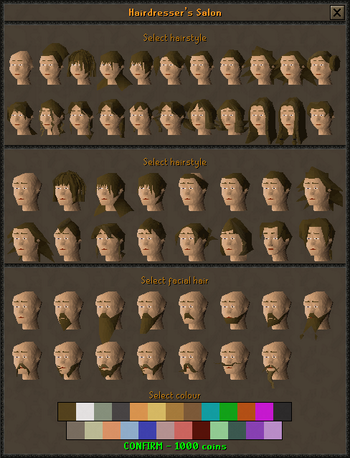 New clothes have been added to Thessalia in the Varrock Clothes Shop and the account creation menu: 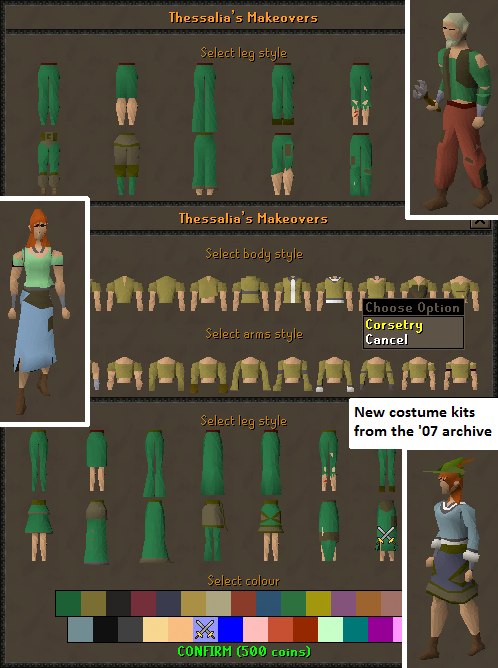 As mentioned in the recent developer blog we've made a few small changes to some Wilderness features.

We've fixed an array of bugs this week too!

To discuss this update go here.

Join us tonight at 5pm GMT on Twitch TV for our regular Q&A with all the developers.