This week sees the release of this year's Halloween event! We are also getting ready for the biggest launch Old School has seen to date - the full release of Mobile! In preparation, we've made some minor changes to Tutorial Island.

Halloween 2018 Event: The Chambers of Eric

Everyone knows it's the time of year for a Halloween event, especially Eric, who thinks he's designed a rather good one. His niece and nephew aren't optimistic. They’d likely have been content to go Trick-or-Treating around their neighbourhood, but Eric is determined to show off his creative flair and give the kids a Halloween treat they’ll never forget. Then maybe his family won’t think he's such a boring old fool. 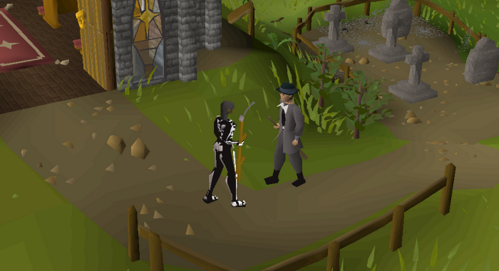 Eric's creative flair may turn out to be lacking, but there's no limit to his determination to deliver his Halloween treat. He won't let little matters such as hygiene stand in his way, nor respect for the dead. Meet him outside the church near Rimmington to help him create the Chambers of Eric. 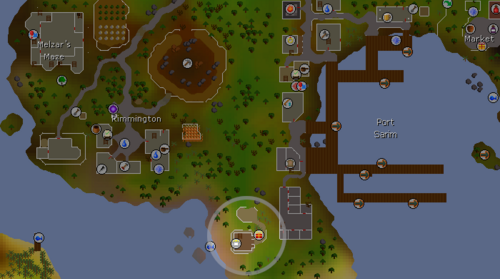 Once you've dealt with the consequences – and there'll be consequences alright – you'll be rewarded with a strangely chilling costume to help you stop making friends, along with Eek the Spider who'll be your friend anyway. You’ll also unlock all the prior years' Halloween items, emotes, skin colours, music tracks and the wall kit for your player-owned house.

The event will stay open until the game update on Thursday 8th November. No combat is required, so all account builds can participate.

Tutorial Island is one of the most nostalgic and iconic features of Old School RuneScape. With the full release of mobile just around the corner, we're expecting a lot of players to pass through the island to join us on the mainland. With this in mind, we’ve worked with the Analytics team to identify points of the island new players are most likely to drop out and used this as our focus for improvements. To hit the balance between keeping the nostalgia of the island intact while streamlining the experience for new players, we've kept the changes small. 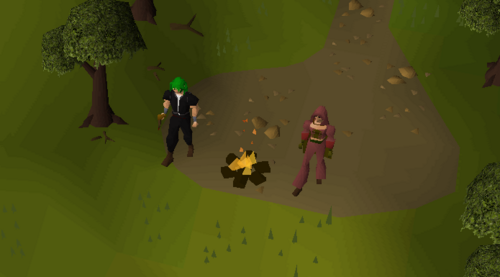 The order players are instructed to complete tasks has been rearranged in the Survival section of the tutorial. Previously, players were asked to chop a tree and light a fire before fishing. Now, they are asked to fish first. This change was made because by the time the player had caught a fish, their first fire had often gone out meaning they had to light a second one.

Additionally, players are no longer guaranteed to burn the first Shrimp they catch. While burning food happens commonly in the game, it's not something that the player needs to learn about during the tutorial.

During the second cooking section of the tutorial, the player was previously required to open their music list. This section has been removed. While music is an essential part of the game, it isn’t something players must learn about in the tutorial (especially given no tracks are unlocked at this point). Instead, players can explore their music list and discover the succulent beats of songs like Sea Shanty 2 once they reach the mainland.

The Emotes panel is another interface players were required to open during the tutorial. Similary to music, it makes more sense for players to discover these in their own time later in the game as they are not a fundamental mechanic. Because of this, the emotes section has been removed.

Alongside the above changes, we've made various tweaks to dialogue and default settings to help make sure the tutorial is the best it can be. Any player who was mid-way through a removed section before this update will find they have been moved a stage forwards or backwards (whichever was most suitable) when they next log in.

We'll be working with the Analytics team to monitor these changes and see what impact they have. Depending on the results, we may look to make further changes in future updates. As always, we are keen to hear your feedback on these changes and any future ones.

In case you haven't heard, Old School is coming to mobile on October 30th! For all the info you need for the release, see our Full Launch Announcement. There won't be an update next week due to the mobile release, but updates will resume the week after starting with the POH Nexus room!

If you haven't already, to play the full mobile version the moment it’s released, make sure to pre-order on the App Store or pre-register on Google Play and be notified the second it goes live! Check out our dedicated news post for full details and what will happen if you already have access to mobile through the beta.

If you're playing on Android, then we'd like to thank you for playing Old School RuneScape and contributing its development! If you're enjoying the game, please take a moment to leave us a review on Google Play. 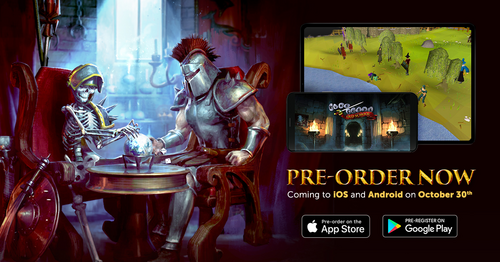