This week we have a bunch of quality of life updates from content poll #29. Trouble Brewing 1v1s, hiding messages from ignored players and more.

When adding players to your ignore list their recently sent messages will now be hidden. This change applies to the following:

This should make it a bit easier to get back to 'Scaping as usual following an unfortunate encounter. 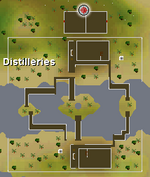 In order to make it a touch easier to get into a game of Trouble Brewing we have changed the minigame to only require 1 player on each crew.

The Culinaromancer's gloves accessible after Recipe for Disaster have now been renamed to make them a little easier to identify.

While the names of these gloves have never been anything other than 'Gloves', regardless of which type, the community have named them based on their similarities to different armour sets and the we have renamed them to reflect this.

A few new NPCs called banknote exchange merchants have popped up around Old School. These NPCs will exchange banknotes for the items they represent for 5gp per item.

They can be found in the following locations:

You can un-note items by using your noted items on the banknote exchange merchants or by talking to them and going through the dialogue.

A poll deciding the future of permanent F2P and membership bonds for Old School is currently open. Head over to the poll home and vote. This is one of the most important Old School polls ever, make sure you have your say.

Work is continuing on Achievement Diaries and the Grand Exchange with both updates planned for release in the next few weeks. The next several weeks are going to be big ones for Old School, keep an eye out for some big updates!