This week we've got some improvements to the jewellery box, chaotic death spawns and, on the way this Saturday, Deadman unlocks!

The player-owned house jewellery interface has been given a once-over and is now much more pleasing to the eye. 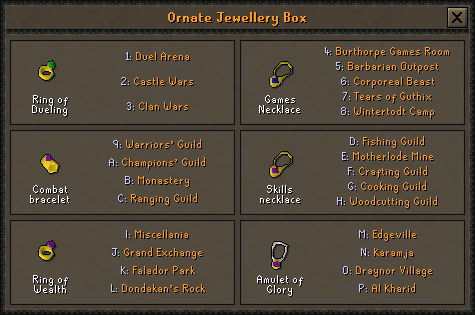 The chaotic death spawn of the Nechryarch are now easy to tell apart. You can now tell which attack style each death spawn is using with ease.

Rather than having different masters for each tier of Karamja diary, Pirate Jackie the Fruit is now the diary master for all of tiers. She can be found at the entrance of the Brimhaven Agility arena. 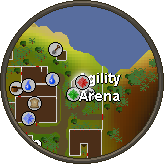 Pirate Jackie the Fruit also no longer needs you to be carrying your Karamja gloves to progress through the diary, as previous Karamja masters did.

The teleports to the previous Karamja diary masters remain on the Achievement Cape.

The Cabbage Skillcape, added to Old School with the 2016 April Fools event, can now be purchased from Diango for 150 coins. 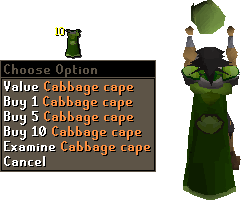 Players logging into the Deadman season for the first time after 23:59 UTC on March 31st will have 6 hour protect enabled. You will:

Beware: if you choose to participate in PvP during this 6-hour period, your protection will be removed.

In addition to the 6-hour protection coming into play:

The additional worlds which were in place to handle heavy load with the release of the new Deadman Season have now been removed: