The rest of the month is set to be very big, too, with new JMods, the midsummer event, two polls and the opening of the competitive tournament applications.

Head over to the forums and read The Month Ahead to see everything we have planned for June.

June - The Month Ahead

June is here and it is going to be a big month. In fact, it is going to be exactly the size you want it to be thanks to resizable mode! The rest of the month is set to be very big, too, with new JMods, the midsummer event, two polls and the opening of the competitive tournament applications.

Let's get into the details of what we have planned for June.

Mod Alfred is the returning junior artist for the Old School team, here to work alongside Mod Ghost. Alfred first joined the Old School team in 2014 and is just now returning after completing his final year at university. He is a true veteran and has played RuneScape since classic. His role is to model, animate and concept a whole variety of arty things. When he isn't doing that he is the 'onion eater, scorpion muncher and chilli destroyer'.

Mod Day is a brand new addition to the Old School team working as our junior QA tester. As an avid 'scaper and a lover of games, she will be a valuable addition to the team as she helps Mod John C win the battle against the bugs!

These names will become familiar over the coming weeks as Mods Alfred and Day get stuck into their roles. Be sure to head over to Twitter to say hi to Mod Alfred and Mod Day.

We'll also be seeing a new content developer joining the Old School team later on this week so be sure to keep an eye out!

The wait is finally over. This Thursday resizable mode will be coming to Old School RuneScape. The ability to make the most of your monitor is almost here.

The most common question that we are seeing come up with resizable mode is about the interface. To clear up any confusion, let's take a look at the different options you will have in resizable mode.

There are three different interface options when using resizable mode: opaque background, the position of the stone buttons and opaque chat box. 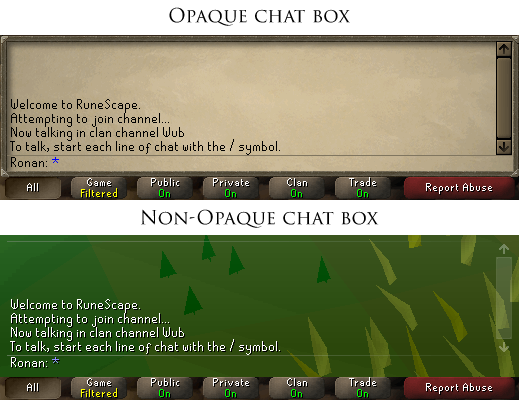 If you are playing with a fairly thin window size, the bottom line button layout may stack the buttons to make sure they are all visible and easily clicked.

It is also possible to hide your chat box and inventory by clicking on the currently selected tab.

You can see a few, full resizable mode screenshots here. Want to see more? You'll have to hold tight. Thursday is just around the corner!

On the 24th of July we will be hosting the first ever RuneScape Competitive Tournament. You and four friends can fight in unique PvP arenas, using the best accounts and best equipment in Old School to win a share of $10,000! If you are think you are among the best PKers out there, you now have the chance to prove it!

This tournament will be 100% online. Avoiding the hassle of bringing everyone to one location and allowing players to compete in the tournament from the comfort of their own home. Of course, the entire event will be live streamed on twitch.tv/runescape.

This tournament will allow us to dip our toes in the competitive gaming scene and help us gauge whether there’s potential to host a larger scaled tournament at a venue like RuneFest. 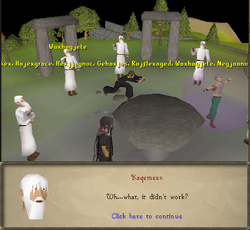 The druids of Taverly are, once again, having some trouble fighting off evil spirits. Later on this month you will get your chance to help the druids protect nature from the threat of corruption.

The midsummer event will run for two weeks and will give you an opportunity to get your hands on the ever-nostalgic disks of returning and half full wine jugs. But who knows? Maybe you're more interested in hugging a few trees. Either way, keep an eye out for the event starting later on in June.

Later on this month we will be running content poll #34. This poll will include the summer slayer expansion, for which we will be releasing a second developer blog tomorrow!