In response to your feedback, we would like to tweak Konar's loot table in a coldfix later today in prepration for the weekend. This would not be a major overhaul but should address the main concerns to give us time to collect more data. Further adjustments can be made next week pending the results of these changes and further suggestions. The average value of rolling on Konar's loot table would be reduced by 30%, reducing the highest value drops by spreading it out more evenly. This means quantities of certain drops would be reduced. We're also looking to swap out some skilling drops for alchables. Below is the current loot table: 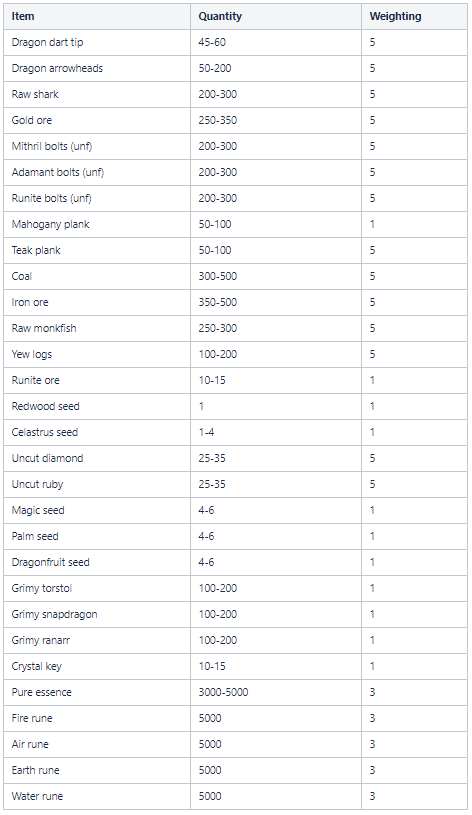 Konar's Unique table is accessed at a rate of 1/100 for level 100 NPCs and 1/50 for level 350 NPCs. This contains the broken Dragon hasta and used to contain 2,500 Saradomin brews which were removed shortly after the update.

Key feedback included our aim to reduce drops that are normally produced by skilling. We would also like to add alchables and uniques. Below is a list of the changes we would like to make.

There is potential for further uniques - ideas so far include Konar's equipment: her shield and an ornament kit that could be added to the Dragon hasta to make it resemble the one she uses. Let us know any other ideas you have for new uniques that could be put on the loot table!

If we went ahead with the above changes, the new table would look like this: 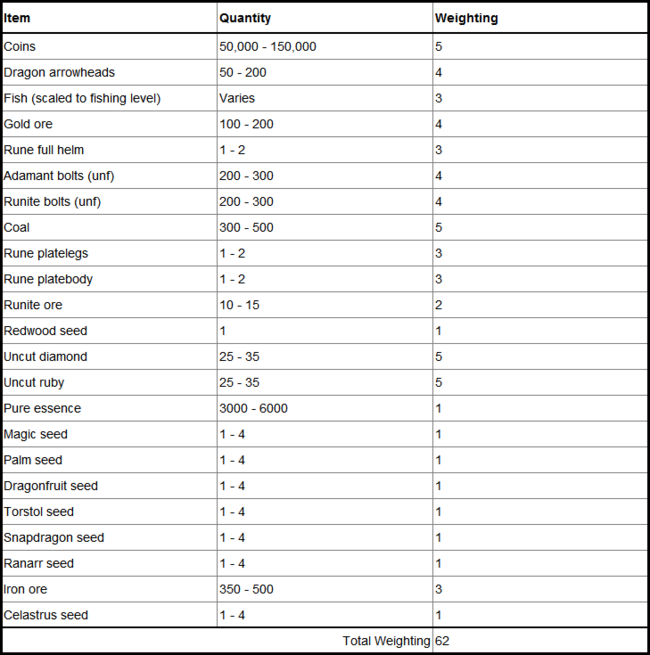 In retrospect, we realise that a better loot table could have been designed by working with the community during the development process. Following these changes, we'll look to work with you all to see exactly what finer tuning is required and commit to involving you all with this sort of thing in future. With your help, we'd like to make sure we get this right as soon as possible.

In a hotfix the Monday after release, we made the following changes which are represented in the new table above which is currently accurate.

Get involved in the discussion with us on Twitter and the dedicated Reddit thread to have your say on both the changes above and further tweaks.