This week we have a number of balancing tweaks to content such as the Preserve prayer, Brutal Black Dragons and Elite clue scrolls, as well as a brand new Lizardman Shaman cave!

A cave containing 8 Lizardman Shamans can now be found on the northern end of the Lizardman Settlement. 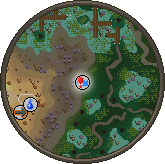 The Lizardman Shaman found within can only be killed when on a Lizardman Slayer assignment and with 100% Shayzien favour. 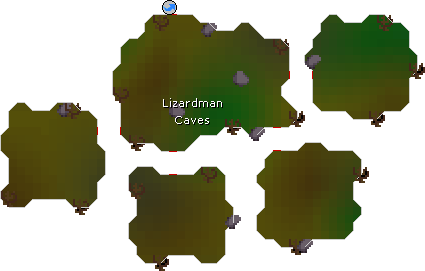 Brutal Black Dragons and their combination of great profit, ease of access and simple combat mechanics has been a common talking point in recent times. Many of you believed these dragons much too easy to farm for a piece of content with no requirements.

Well, we agreed! As such, we've now added a level 77 Slayer requirement in order to kill Brutal Black Dragons.

In addition to this, we have now removed the Dragon full helm from their drop table.

The Master Scroll Book is now available as a rare reward from all tiers of clue scroll. It is tradeable, so it can also be purchased from other players.

You can store up to 1,000 of each type of teleport scroll within the book. This includes all scrolls received as rewards from treasure trails, as well as Zul-andra and Key master teleport scrolls. 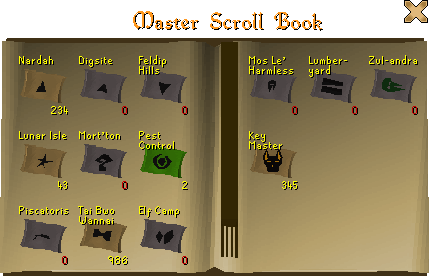 When charged with any number of scrolls, the book is untradeable. It will become tradeable once again when it is emptied, which can be done easily with the 'Remove' option.

With scrolls stored in the book you can select a default teleport. This sets the left-click option of the book to use that teleport immediately.

Elites are now sat between the length of hard clues and master clues - where they belong.

It is now possible to recolour your rock golem pet using daeyalt, elemental and lovakite ore.

The Preserve prayer has now been improved to make the prayer a bit more useful: