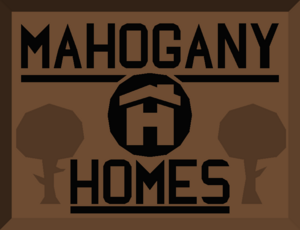 The votes are in, and we're happy to say that Mahogany Homes will be opening branches in Falador, Varrock, Hosidius and Ardougne this week!

In case you missed the design blog, here's the rundown: Mahogany Homes is a brand new, cost-effective way to train Construction outside of your Player Owned House. You'll take on jobs at Mahogany Homes offices all over Gielinor building and restoring furniture… and receive ample rewards in exchange. Easy-peasy, right?

Mahogany Homes is always on the lookout for qualified individuals, so if you've got what it takes, speak to founder Amy in Falador to get started.

All you need to get started with Mahogany Homes is your own Player Owned House. If you don't have one yet, you can purchase one for just 1,000 GP from any Estate Agent.

Before you can start hauling planks and hammering nails, you'll need to get yourself a job. These are easily obtainable from any Mahogany Homes office, and they come in a variety of tiers to suit your Construction level and your access to fancy materials.

Once you've spoken with Mahogany Homes and received your job, you'll be directed to the home of an NPC in the area. With any luck, you'll quickly spot the problems in their home, and then you can set about fixing it!

We recommend carrying a few supplies with you – a hammer and nails, planks of the relevant tier, and a few sundry materials such as steel bars. That way you won't have to make trips back to the Bank – or Guthix forbid, the Lumbermill – halfway through your job.

When you're done, you'll receive an appropriate amount of Construction XP, which scales with the difficulty of the job. You'll also get some Carpenter Points, a special currency that you can spend in the Mahogany Homes Reward Shop.

The Mahogany Homes Reward Shop stocks all sorts of goodies for you to spend your hard-earned Carpenter Points on, including the following: 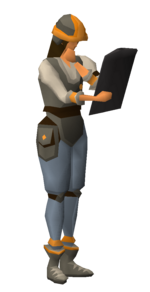 See that fancy Carpenter's Outfit Amy and her crew are wearing? Well, it's a brand-new skilling outfit, and for a reasonable price, you can wear one too!

Alright, it's not quite the Builder's Outfit – but let's face it, those guys outside the Tower of Life never get anything done, and Mahogany Homes wishes to provide its capable constructors with a uniform they can wear with pride.

Mechanically, the Carpenter's Outfit works just like the other skilling outfits. Equipping any piece from the set will increase the XP earned from any Construction activity that requires a saw. Equipping more than one piece of the outfit will stack the effect, up to a maximum of 2.5% extra XP.

The full outfit is untradeable. 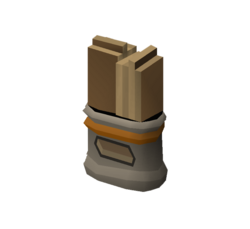 The Plank Sack is, unsurprisingly, a sack that stores planks.

While you're out doing jobs, you'll need plenty of supplies. Do you really want to be running back and forth from the Bank all day? Why, that's butler work!

Instead, get yourself a Plank Sack, which holds up to 28 planks – a whole Inventory's worth! – at a time. Any and all kinds of planks are welcome, and what's more, you'll be able to use them straight from the sack.

The Plank Sack is not tradeable, as the Grand Exchange clerks refuse to deal with the splinters. 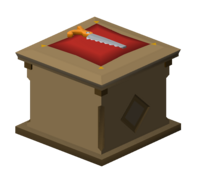 Ah, the noble saw. Elegant. Bendy. Tragically unequippable. But what if you were able to equip the carpenter's tool of choice? You'd get all the benefits of your regular saw without using up an Inventory slot to carry it around.

Unfortunately, the saw is untradeable, and cannot be dual-wielded. Sorry, lefties! 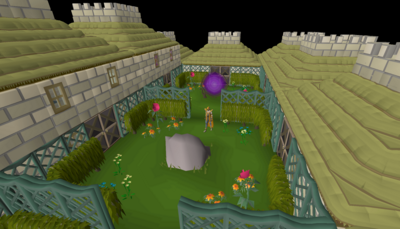 Don't fancy the boat trip to Zeah? Maybe you could just wall kit? That's just a joke, please do not jump in the ocean. There are sea slugs in there.

Where were we? Ah yes, the Hosidius Wall Kit for your Player Owned House, available from your local Mahogany Homes Reward Store.

This homely wall kit will transform your home into a pastoral paradise straight from the fields of Hosidius House. It's a one-time unlock, so if you decide that you're more of a city mouse, you can switch it off and on again whenever you wish.

While we do expect Mahogany Homes to be a cheaper way to train Construction in terms of XP per plank used, the other supplies you'll need are still plenty expensive.

With this in mind, we'd like to introduce the Construction Supply Crate, which will be filled with random amounts of all kinds of materials, including:

These crates are not intended as GP-per-hour money making method, but simply as a way to help alleviate some of the costs of Construction. We'll be monitoring the supplies in the crates carefully and rebalancing as necessary.

Although the crates themselves are not tradeable, the supplies within are.

Psst – feel like doing some Construction under the radar? Marlo needs your help to fix up his Dad's home, but he doesn't want Mahogany Homes to know about it. If you think you can come to the rescue, head on over to the Estate Agent's house in Varrock. In return, Marlo will give a few supplies intended to help a new builder get started in Construction, once they've learnt the ropes from his dad.