This week sees the release of Mod Ash’s troll quest sequel, Making Friends with My Arm as well as Deadman changes for the Autumn finals and Winter Season, and the official release date of OSRS Mobile.

Today's new quest revisits some older lore. My Arm, the troll from My Arm's Big Adventure, must embark on another journey of discovery. This time you'll be escorting him to Weiss, a newly discovered troll town in the far north of the world, so he can share his wisdom *cough* with the inhabitants, in exchange for learning about their inventions.

Life's journeys can take us to some strange places, but My Arm is about to face the greatest adventure of all - true love. Plus they'd like him to kill the Wise Old Man of Draynor Village, which doesn't sound like a clever move. Can you help My Arm get a grip on the situation and woo the fair Snowflake over the objections of her father, Mother? Or will My Arm be left to a loveless life of loneliness? 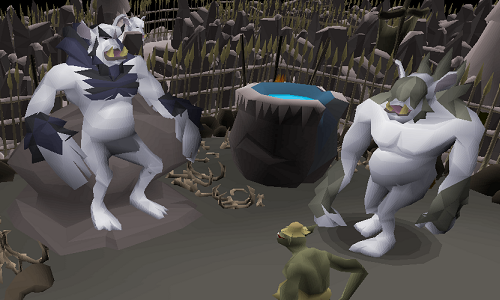 You can start Making Friends with My Arm by returning to Burntmeat in the Troll Stronghold kitchen. This quest has the following requirements:

The trolls won't let you start the quest unless your unboosted Firemaking level is adequate. The other three stat requirements are checked only where they're needed in the quest and accept stat-boosts. 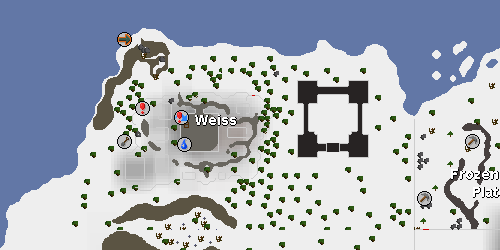 If you can support My Arm to a happy ending, the trolls will build you another disease-free herb patch, as well as teaching you advanced Firemaking techniques invented by the Weiss trolls, letting you create permanent fires in designated fire pit sites across RuneScape.

These fires will require different salts in order to be created. The salts can be mined from the mine underneath Weiss that can be accessed after completing the quest. Level 72 Mining is required to mine the salts with a higher mining level providing more salt on a successful action.

You can build a Troll Stronghold portal in your player-owned house portal room too. 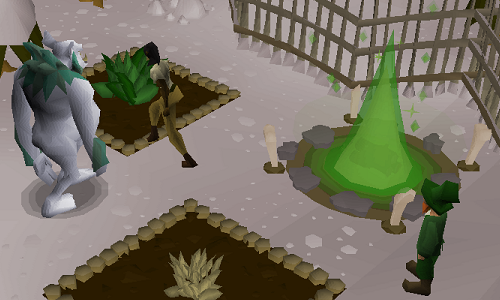 The Deadman Autumn Finals kick off at 3pm BST on Saturday 8th September. The top players from the Autumn Season will spend the week preparing for the frenzy of the Permadeath stage, where they’ll be fighting for a share of the $32,000 prizemoney. The Autumn Finals culminates on 15th September. We’ll be broadcasting the action live from ESL in Leicester, set a reminder to watch the event on twitch or join us in person – there are just a handful of tickets left!

One notable change is the addition of the PvP sets. For the first time in Old School RuneScape you’ll be able to see Vesta’s, Statius’, Morrigan’s, and Zuriel’s!

A big thanks to Mod West for his faithful recreation of the iconic sets.
#OSRS Mobile: Coming October 30th!

Yesterday we announced the official release date for the full launch of Old School Mobile! This will take place on October 30th. The mobile version of Old School RuneScape offers full cross-platform play with PC, meaning when you're out and about you can pick up from where you left off at home and is completely free! The full version will be open to free players and members alike.

To play the full mobile version the moment it's released, make sure to pre-order on the App Store or pre-register on Google Play to be notified the second it goes live! Check out our dedicated news post for full details and what will happen if you already have access to mobile through the beta. 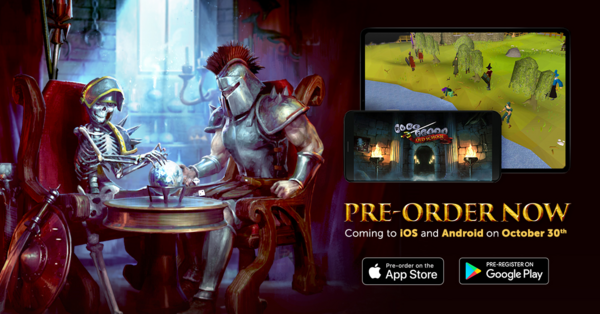 Chat options have been optimised to be a more similar size, overall this has increased the size of most options.

We’re delighted to announce that a new range of pins and keyrings from Angels Scapes is now available on the RuneScape store!

The selection includes pin badges of draconic boss-monster Vorkath and one-hit menace Jad, along with keyrings depicting Chambers of Xeric’s Great Olm and Inferno boss Zuk. We’re also pleased to confirm that many popular Angels Scapes items are now back in stock, including the Armadyl and Saradomin Godsword and the Infernal Max Cape keyrings. 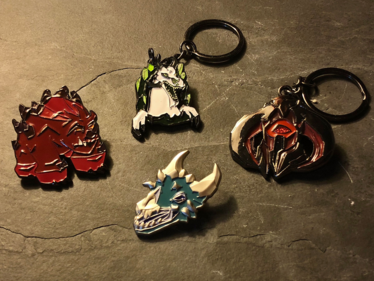 Check out everything on offer over at the official store.

The following fixes have been made for issues with the chatbox resulting from last week's changes: