March is here! After a very eventful February we are keeping up the trend of big updates for Old School.

Head over to our forums and have a read of March - The Month Ahead.

March - The Month Ahead

February was a huge month for Old School. With both permanent F2P and the Grand Exchange released, it was one of our biggest months to date.

March is going to be no different. Achievement Diaries, Membership Bonds and more... Let's get into the details of what the next month holds!

The Achievement Diaries update is sure to be one that gives you all something to aim for and a massive amount of content with which you can fill your time. With each diary you complete you will receive a reward offering you benefits in the area of the diary. You can read a full list of some of the benefits rewards offer in the previous Achievement Diary rewards dev blog.

Let's not forget that along the way you'll also earn yourself various pieces of equipment. Shown below is the elite set of armour earned by completing all diaries. 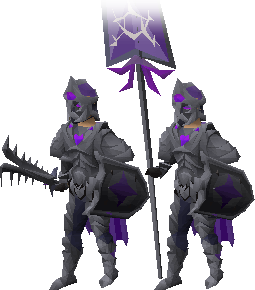 Membership bonds will allow you to buy membership for your account using in game gold pieces. Once membership bonds are released, you will be able to purchase them from other players or from the Grand Exchange.

Once you have a memberhsip bond you will be able to right-click it and select 'redeem' to add 14 days of membership to your account immediately. This allows you to extend your membership simply by playing Old School.

At the moment membership bonds can only be redeemed for membership. If the community want to use them for other things such as paying for Runefest we can add that, but it will need to pass a poll.

Membership bonds should be launched mid-March. Watch for news on the website for more information.

We recently ran a near miss poll that covered a large amount of content. From wilderness boss pets to new clan wars game modes, the poll had a bit of everything. Later on in March we will see the first batch of content from the near miss poll coming to Old School.

Let's go over a few of the poll options that passed. Please note: it will likely take more than one update to get all of the content from the near miss poll in game.

When boss pets were originally polled, boss pet drops from the wilderness bosses did not pass. We added them to the near miss poll as we felt that the community now had a much better understanding of the impact that boss pets have and they passed with flying colours.

In the near future you will be able to get your hands on pets from Vet'ion, Venenatis, Callisto and Scorpia.

Skipping dialogue with the space bar

One of the most highly requested updates since the start of Old School has finally passed! At some point in the coming weeks we will be releasing the ability to skip through dialogue using the space bar and the ability to select from dialogue options with numbers on your keyboard.

This update is a simple one but simplifies a number of parts of the game. Definitely an update to look forward to.

We are going to be increasing the requirements to vote on a poll to 300 total level and 25 hours time played.

You can see a detailed explanation of all of the content included in the near miss poll by reading the developer blog and can see what passed over on the poll results page.

At the end of March we will be releasing a brand new Easter event for Old School. As always with RuneScape holiday events, you can be sure that it will give you a reason to hop on and celebrate. We'll go into more detail on the Easter event closer to the release.

Be sure to follow Mod Ash on Twitter to see the inevitable behind the scenes sneak-peeks when they come.