May is here and we've got some interesting stuff planned. Big Mo will be making his way around the map, shared slayer is coming to Old School, a developer blog for the summer slayer expansion will be released and more. Let's take a look at the month ahead!

Head over to the forums to read May - The Month Ahead.

May - The Month Ahead

May is here and we've got some interesting stuff planned. Big Mo will be making his way around the map, shared slayer is coming to Old School, a developer blog for the summer slayer expansion will be released and more. Let's take a look at the month ahead!

Big Mo is a businessman and salesman from overseas who has decided to take a trip around the map between May 1st and May 31st in an effort to get his hands on some interesting and valuable wares.

He is in need of your help. After an unfortunate series of events involving faulty dragon claws, Big Mo's brother is no longer able to help him with the day-to-day running of his business. This leaves Big Mo with some tasks and items that he is unable to follow up on. In particular, clue scrolls.

Once per day throughout May he will be willing sell you a clue scroll for a very reasonable price. There is no guarantee of what tier clue scroll he may sell you, but the more you visit him throughout the month the more likely it will be that he has the tier that you are looking for.

Of course, as Big Mo is a travelling salesman, you will have to track him down as he moves each day. He will move location at midnight GMT every day and you will be able to get your daily clue scroll if you manage to find him. We'll be dropping some hints on his location over on the OldSchoolRS Twitter a few hours after he moves each day.

When you and a friend do not have a slayer assignment, you will be able to partner up by one of you using a slayer gem on the other. Once the partnership is accepted, you will then both be assigned the same slayer task when talking to slayer masters.

While you will be assigned the same slayer task, your tasks will be independent of each other. If a player has a task blocked and their partner receives it as a task, they will simply not be assigned a slayer task.

Shared slayer will give you and a friend the opportunity to have some company while you take on the grind. Being one of the most loved skills in Old School, Old School players will finally have an opportunity to share the fun.

With content poll #33 opening at some point in May and a hefty slayer update planned for later on in the summer, we've got plans for a few developer blogs throughout the month.

We'll be kicking the month off with a developer blog for content poll #33 next week. If you've got small content suggestions that you'd like to see end up on a poll in the future, we've got a new thread in the Old School Feedback & Poll Suggestions forum specifically for smaller content suggestions. Slightly later on in May we will be releasing a developer blog for the slayer update planned for late summer. We've got a hefty list of content to go in with this update, here is a quick overview of what will be included in the developer blog: 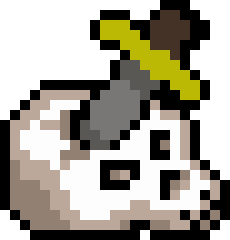 We will, of course, go into detail on everything we have planned in the developer blog coming later this month and, as always, respond to the communities feedback.