This week sees the addition of a large number of deposit boxes to banks which previously didn't have one, as offered in the last content poll. There are a lot of mobile quality of life updates as a result of your fantastic feedback from the ongoing Android Members Beta.
Mobile Content Changes

Your friends logging in and logging out will no longer cause the Private chat tab to flash. It will still continue to flash when messages are received.

The chatbox has been reduced in size to prevent overlap with other interfaces, such as the XP interface.

The Kourend Favour overlay will now correctly expand when tapped on mobile.

We've updated some interfaces to help them avoid overlapping other interfaces which may be open (such as the chatbox or your inventory). Interfaces we've updated include: Castle Wars, Wintertodt, Chambers of Xeric, Motherlode Mine, the Pinball random event, Galvek's hitpoints bar, killcount within the God Wars Dungeon, and the Volcanic Mine. This is just a fraction of the interfaces that’ll need to be adjusted in this way, but since they need to be changed individually, we’ll be fixing the rest gradually throughout the coming weeks.

The battery icon, network connection icon, and the battery charging icon have all been tweaked to improve their appearance. 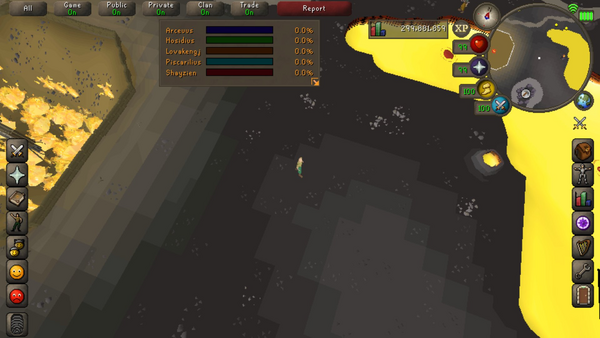 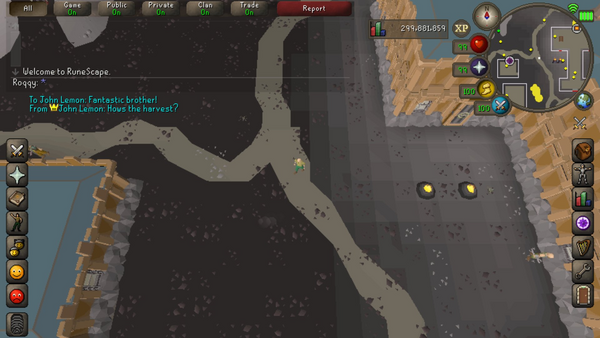 Remember to make use of the Old School Mobile Testing forum to provide feedback and report any issues you encounter.

In the last poll we asked whether deposit boxes should be added to bank locations that do not currently have one. This poll passed, and so we've added the deposit boxes to the following locations: 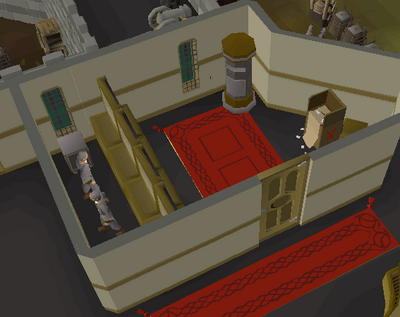 See, there's a deposit box there now.
In Other News

In addition to Diango's store receiving new stock, Disks of returning and Half full wine jugs have been added to the item spawning tool used by Jagex Mods (these are the tradeable rewards from the Midsummer event). Make sure you follow the Old School JMod Twitter List to keep an eye out for when you'll have a chance at getting these items. 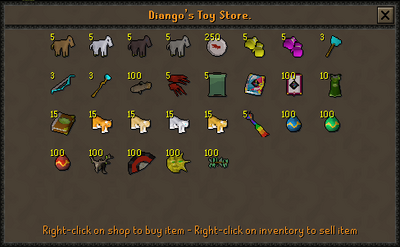 The Hornwood helm, Hand fan, Mask of balance, and the Druidic wreath have been added to Diango's Toy store.