This week, we’ve got more changes from Poll #73! 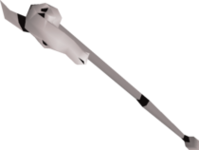 Good news, everybody! You can now use a chisel on your extra Skull Sceptre pieces to chip them down into fragments, which you can then use to charge an imbued Sceptre. The left skull half will break down into five fragments, and the rest of the pieces will break down into three. Any combined pieces will get you the fragments equal to the sum of their parts. For each completed tier of the Varrock Achievement Diary, you’ll get one extra fragment for every piece you break down. Each fragment is worth one charge.

In addition, the base number of charges you can hold on a completed Sceptre has been raised from 5 to 10. You’ll get another 4 charges for each completed tier of the Varrock Achievement Diary, increasing the number of max charges to 14, 18, 22, and 26 respectively.

Lastly, Skull Sceptres are no longer destroyed when they are dropped or when you are killed with an unprotected one in your Inventory. This means you can own more than one Sceptre at a time!

Unimbued Skull Sceptres now work like Rings of Recoil in that they all share the same charges, and when one has shattered, you’ll find that the next one you use is magically back at full charge.

Multiple imbued Skull Sceptres will also share the same charges between each other, but you can only recharge them using fragments, Sceptre pieces, or whole Skull Sceptres. Just as before, they won't shatter if they run out of charges.

Because imbued and unimbued Sceptres behave so differently, you can only have one type at a time. If you imbue one Sceptre, they’ll all imbue. Should you remove the authenticator, all your Sceptres will become unimbued.

Provided you’ve won the Gnomes’ trust in The Grand Tree quest, you’ll now be able to ask your Gnome Glider pilot to take you quickly to your last destination using a new right-click option. It works just like Charter Ships!

As a note, the option won’t reappear once you get to your destination. No point travelling to where you already are!

All Estate Agents now have right-click options to Relocate and Redecorate the Player Owned House, in case you’re in a hurry to repaint before guests come over.

You can now get a bee-utiful set of new duds from the Beekeeper random event – so don’t be stingy, help him out next time he pops up!

Keep an eye out for more changes from Poll #73 in the coming weeks.

So, who’s been racking up those League Points, and who’s getting left in the dust? Regardless of your spot on the HiScores, the following changes to Trailblazer are well worth a look!

Old School RuneScape’s undergone plenty of changes throughout its life, but one of the most persistent and most interesting challenges for the artists has been the female player head.

The standard head (which is currently used by every female player character in the game) was originally created by shrinking down the male one. This led to some intriguing issues, including the eyes merging in the centre of the face, leaving some flat, invisible geometry – making the mistake very clear to see. Ultimately, this was a weird accident… but it’s still in the game to this very day. 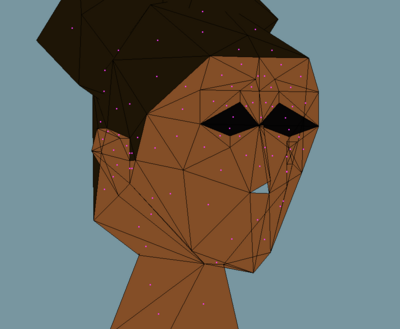 An example of separated eyes currently live in game.

We’ve avoided this problem on the newer NPC models by creating them with separated eyes. We’ve even made the change on some player-worn items, such as the Crystal Helm. 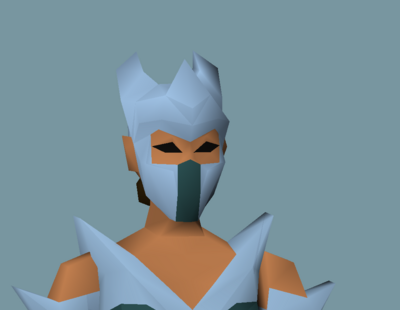 Since these models have had generally positive reactions, we’re seriously considering making the fixed version the new standard for female characters in Old School RuneScape – but of course, we’ll be working with the community to make sure this change is something you want, too.

For reference, here’s how the fixed model might look in-game:

Here’s a silver lining to the heavy cloud’s of 2020: we won’t have to brave the queues to get our Christmas shopping done this Black Friday! The Official Merch Store has been updated with a pair of seasonal deals.

Spend over £30 (or $50 for our friends across the pond) and you’ll get a free special-edition black variant of the Armadyl Godsword Keyring. Spend over £80 (or $100) and you’ll also get free tracked shipping – so no need to worry about your gifts going down the wrong chimney!

And if you want to feel extra-cosy while showing your support for the best MMO in the world, check out the PK Skull Varsity Jacket – or play it cool with the Vorkath Ringer Tee.

But that’s not all. Celebrate in style with these special Black Friday editions of the DDS, PK Skull, and Party Hat King Black Dragon pins. There’s only 199 of each, so act fast to grab one for a lucky ‘scaper in your life – or, you know, yourself.

You've cast your votes - now it's time to see the winners!

The 10th Annual Golden Gnome Awards livestream will take place on Friday November 20th from 19:30 GMT. We'll be celebrating the very best of our community, from artists, to video-makers, to streamers and even musicians. This year there's also prizes for our Community Champions - the players who've gone above and beyond to make the Old School Community great.

So don't miss out! Head to the official Jagex Twitch channel this Friday to catch all the action. Don't forget to rent a tux!

We recently shared with you some proposals that outlined changes to how Clue Scrolls work within the Trailblazer League. We know you're keen to hear more on this. We're still going through feedback and investigating the best way to move forward but we hope to have more information to share with you very soon.