November is here and it is going to be a great month for Old School with the introduction of the highly anticipated skilling pets, new information on the development of Zeah and more!

Head over to our forums and have a read of The Month Ahead to see the details.

November - The Month Ahead

November is here and along with it we have some exciting updates to come. Grab your picks and ready your hatchets, skilling pets are almost here!

One of the most highly anticipated updates of the month is, of course, skilling pets! We will be releasing skilling pets this Thursday to kick November off in an exciting way. We are going to be releasing pets for Woodcutting, Mining, Fishing and Hunter.

Getting your hands on these pets will not be easy. You will have to do far more than your every day skiller in order to see one pop up behind you. If you think achieving 99 in a skill will guarantee you a skilling pet, think again!

Woodcutting - Beaver - Can be obtained when chopping any tree.

Mining - Baby rock golem - Can be obtained when mining any rock. 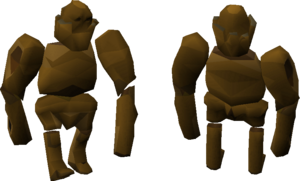 Fishing - Heron - Can be obtained when fishing at any spot.

Hunter - Baby chinchompa - Can be obtained when hunting chinchompas. When transmogrifying your baby chinchompa there is a very slim chance of it becoming a golden chinchompa!

Later on this month the Clan Cup 2015 will be kicking off! Last year we saw clans battling it out for weeks in order to claim their titles as champions. With cups for PvP, PvM and skilling it was an action packed few weeks and this year we are going to be running all three once again. 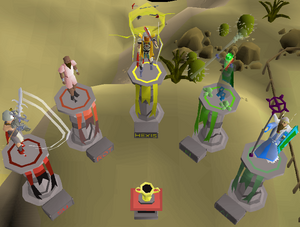 The specifics of each event will be announced soon and applications will open shortly after. If you are a member of a clan, keep an eye out over the next week for more information on how your clan can apply to be a part of the Clan Cup.

The development of Zeah has begun and Kourend is well on the way. Throughout November we will be able to talk more about the progress we have made and the specifics of what you will be able to see in Kourend come January.

Here is a map of Kourend alongside the existing map to help give an idea of scale. Keep in mind that Kourend is merely one city on Zeah, not the entire continent. The remainder of Zeah will come with the later releases in 2016. 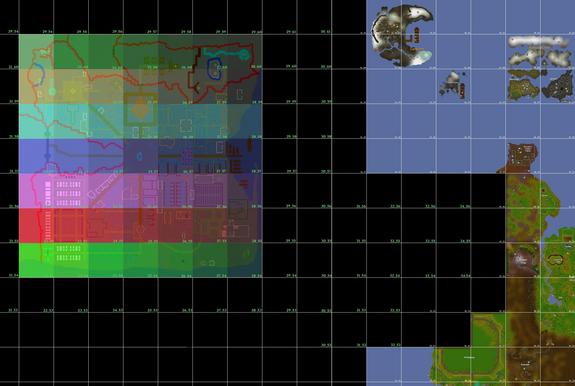 As we enter December we hope that you will have a better idea of what Kourend is going to be and that you are as excited as we are about the release of the first part of Zeah! Keep an eye out through November for all of the information set to come your way.

November is going to be an exciting month for Old School. What are you looking forward to the most? Let us know!