October is a big month for Old School. Ironman mode, RuneFest, the Corporeal Beast and lots more. We have just posted The Month Ahead for October to give you a peek at what is going to be going on this month.

Click here to head over to the forums and have a read.

October - The Month Ahead

October is a very big month for Old School with the release of ironman mode, Corporeal Beast and much more. Here is a quick peek at the month ahead.

In September the Old School players voted yes to a dedicated ironman mode for Old School RuneScape. We will be seeing the release of both ironman and ultimate ironman mode in October.

No trading other players (need to allow trading of items for Shield of Arrav and Hero’s quest)
No picking up drops from other players (including PvP drops)
No PvP XP
Cannot see monster loot if they did not do 100% of the damage
Auto aid button locked to off
Cannot use altars, portal rooms, lecterns or repair stands in other player’s PoH
Cannot buy items from other players through shops
Cannot use fishing trawler
No staking
Players can only use solo nightmare zone and the shop should only allow them to buy the imbued items

Cannot access bank
When dying you lose all your items

Ironman mode will offer a real challenge to anyone that feels like they can take it on. 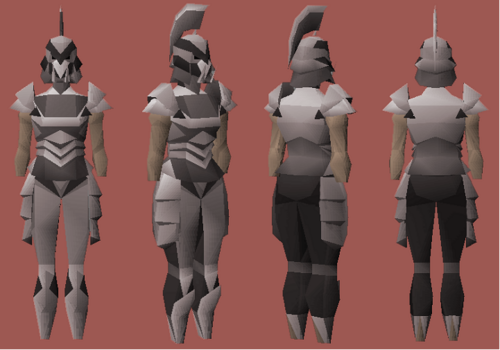 It will be no small feat to become a successful ironman and we are excited to see how far the Old School community will be able to push the limits of their accounts.

RuneFest will, of course, be returning this year with a massive amount for Old School players to enjoy. With talks from the whole Old School team, a meet the maker session, pitches from players to the team as well as attendees having a chance to take on the Corporeal Beast before release.

The Old School team's presentation will give you some insight into updates such as achievement diaries, the planned slayer update, the continent (we'll be revealing the name, too!), Corporeal Beast and more. 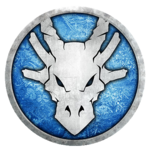 We are going to be offering a challenge to anyone attending RuneFest... The most successful solo attempt of the Corporeal Beast will be awarded a golden gnome! If you are coming along make sure to take on the challenge, you might end up being the best PvMer in the building.

RuneFest will be live streamed for those not attending, so all of you will have the opportunity to enjoy what the event has to offer. Watch out for the live streams and inevitable barrage of tweets to come from the event, it is going to be a blast.

One of the most highly anticipated updates to make it's way into Old School will be released on October 16th... The Corporeal Beast.

After months and months of finding out exactly what it is that the players want, you'll be happy to see that the beast is almost identical to how it was back in 2008. This boss will bring a serious challenge to anyone in Old School, it is not the kind of boss that will go down with ease.

Ready your spears, as Corp will soon be ready to take on.

Bounty Hunter has been one of the most successful PvP updates Old School has seen to date and we hope that we are going to further that success during October.

We recently offered several additions to the Bounty Hunter rewards shop in a poll and a number of them passed. At some point in October we will be releasing the Saradomin's tear, cosmetic upgrades for the dragon pickaxe, steam battlestaff, odium ward and malediction ward, a purchasable teleport to target spell and more.

We will also be offering PvMers a chance at getting a mysterious emblem when on a Bounty Hunter world.

We will, of course, be offering a Halloween event to take part in this year. Tomorrow's poll will include the chance to re-live the 2007 Halloween event: the Mansion of Death.

We recently posted a developer blog about the event and, if the you vote yes, you may end up seeing it later on this month. Spooky.

As always there will be a constant flow of livestreams, including the community livestreams every Wednesday and developer Q&A every Thursday, on the RuneScape Twitch.tv channel.