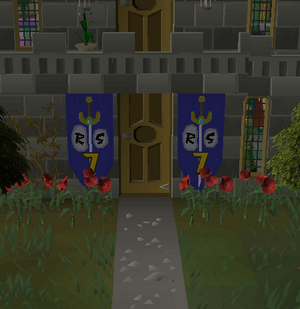 It’s been seven years to the day since we dug out our dragon med helms and returned to the nostalgic world of Old School RuneScape, and you know what that means - it’s time to celebrate!

The Romeo and Juliet quest first came out in 2001 (19 years ago!) and Juliet’s spent all her time since moping around the house. The problem is, she’s supposed to be hosting a birthday party but just can’t work up the motivation to do it. If only some kind players would pop over to her house and see if they can cheer her up. Plus, she'll almost certainly accept your help even if you skipped her quest the first time around! 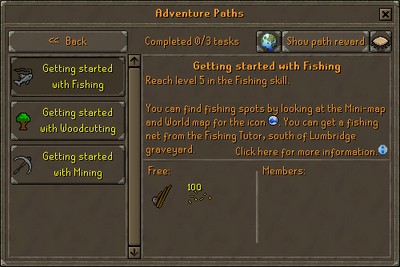 Back in August last year we released the first Combat Path to help newer players settle into the game. Both data and feedback have shown us that this was the right choice, and now we’re keen to expand the Adventure Path system even further.

This week, some lucky new players will be the first to test out the Gatherer Path, which introduces the Fishing, Woodcutting, and Mining skills and guides players to level 5 in each.

If you’d like to hear more about the Gatherer Path, check out this month’s edition of the Gielinor Gazette. 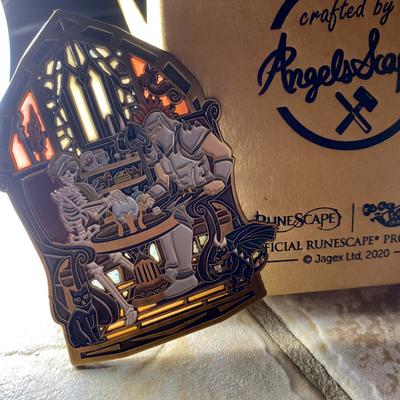 First up, we have Angels Scapes’ biggest and most detailed pin yet! This limited-edition item features Tim and Crunchy, who you might remember from the Official RuneScape Handbook. We love the stained-glass effect from the opaque enamel! Can you spot all the secret references? The pin comes with its own presentation box, so you can keep it safely tucked away for a special occasion. Pre-order by 08:00 on March 3rd to secure your own!

Other exciting new items include the limited edition DFS pin, the Ironman varsity jacket and the enamel Hitpoint mug. Go check out the store to see the full range! 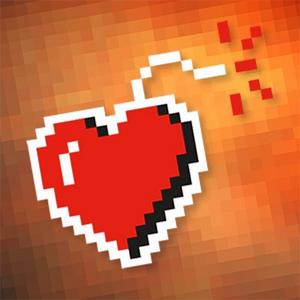 It’s that time of year again! Content creators from RuneScape, Old School, and the Twitch Community have combined their powers to fight for the noble cause of GameBlast.

We’ve got 20 content creators from all over the globe involved, including a few familiar faces from around the office. They’ve been told they can get as unique and creative as you like, and we’ve already heard rumours that there will be snorkels involved… somehow. There’ll be plenty of chances for you to join in the fun with quizzes, games, and even auctions, so keep your eyes peeled.

All streamers will be taking donations via the official JustGiving pages, which will be linked on their streams.

All funds raised over the weekend will be going straight to SpecialEffect, a charity which puts fun and inclusion back into the lives of people with physical disabilities by helping them to play video games. Your donations could go to a range of awesome technology like modified joypads, eye-controlled computers, and voice-control setups.

Think you’ve got what it takes to join the marathon 48-hour stream and raise some money for this fantastic cause? You can still sign up on the GameBlast website and join the United Communities of RuneScape team here. Keep up with the schedule on the UCoR discord .

Let’s show the world what we can do as #OneCommunity!