2015 has been a spectacular year for Old School RuneScape. Over the past 12 months we have seen the introduction of F2P, Bonds and the Grand Exchange which has really helped Old School grow massively. We have seen our first ever competitive tournament as well as a brand new game mode – Deadman Mode. All this has combined to mean that more people play Old School RuneScape today than at any time over the past 12 months.

With a new year upon us the whole Old School team want to continue the success of Old School RuneScape all through 2016. So what is there in store for you? 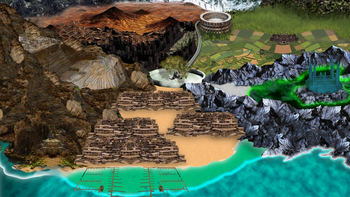 Firstly we start with the first phase of Zeah, the new continent. The magnificent city of Great Kourend is the first place you will visit where you can explore its streets and discover lots of unique skilling content.

The second phase of Zeah will revolve around raids. These raids will scale depending on the amount of people in your party and their levels ensuring that it is always a challenge. You will explore the caverns of Zeah and fight new bosses with unique mechanics which mean you must work with your team to defeat them.

We also have other bosses for you to pit your wits against such as the reincarnation of Jad, bigger, badder and erm… bossier than the Jad you are used to. You will also have to defend Great Kourend against the Wintertodt using your skills to drive back his encroaching evil. 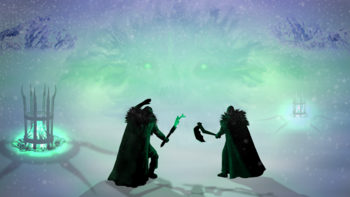 There will also be more skilling updates with two new rooms available for you to build in your houses as well as fire-pits, a new way to utilise firemaking.

We also want to introduce the clan system to Old School in a way which is designed specifically for this community – expect us to be talking to you about that soon to find out just what you want. On top of that we also have the potential to add a less formal grouping system so you can easily get together for group activities.

As usual, getting you what you want is fundamental to your game and all the content releases will be polled alongside monthly quality of life updates which you have grown used to over the last three years.

After the success of last year’s competitive tournament we want to do many more. The first of which is coming at the end of March and will be a winner takes all cash prize of $10,000 for the winner of the Deadman Tournament. We aim to do multiple tournaments throughout the year including team based ones.

As always we will bringing you weekly Q&As which you can join on our livestream channel every Thursday at 5pm GMT.

We are looking forward to a fantastic 2016 and we want to thank you for joining us as you relive the adventure.

Join in then discussion on our forums.