This week sees the implementation of the PvP changes discussed in the Ferox Enclave blog.

Good morning, thrillseekers! Those of you who’ve been paying close attention will know that we’ve been working on updates to various bits of PvP, including Bounty Hunter, Last Man Standing, and the Revenant Caves. 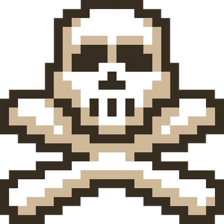 We’ve previously talked about the Bounty Hunter changes before in the Gielinor Gazette, and today we plan to implement them.

As you know we've spent a great deal of time adjusting Bounty Hunter over the last year, in an attempt to make PvP feel more rewarding without allowing bots and farmers to gain a foothold. Unfortunately, we have failed to do so.

These latest changes are drastic, but ultimately, they are necessary for the health of both PvP and the wider game. For those of you who love PvP, Bounty Hunter will still be the exciting game of cat and mouse it was always intended to be, complete with new rules and systems that help ensure a fair fight.

As before, the current target system will remain in place, but hotspots and tasks have been removed. The coffer is still there, and you’ll still need to pay the fee to be assigned a target – although we’re open to changing this fee based on player feedback.

Crucially, we’re keeping the PvP World-style PJ timer on Bounty Hunter worlds, which are now known as 'Target worlds'. For those of you who are new to PvP, a PJ timer prevents unfair pile-ons in PvP situations. Here’s an example:

Player A, Player B, and Player C are in a single-way combat area of the Wilderness. Player B attacks Player C, who doesn’t retaliate. Seeing that Player B is busy, Player A goes to attack them – but because the PJ timer is active, Player B counts as being in combat and Player A isn’t allowed to join in.

In addition to the usual PJ timer, Bounty Hunters will also be protected for 20 seconds after they kill their target.

Now, let’s talk rewards. As you know, all Bounty Hunter rewards have been transferred to Last Man Standing. Any leftover emblems you have can still be spent via the Emblem Trader – but be fast, because the shop will disappear after the grace period ends with the first update in December.

Amethyst Arrows have been removed entirely.

There’s one exception to the new reward rule – those ghoulishly stylish Bounty Hunter hats can now be claimed from Ferox in Ferox Enclave. You’ll still need the appropriate number of Bounty Hunter kills to unlock them, of course.

Ferox has also gotten hold of a substantial stock of Hunter’s Honour and Rogue’s Revenge hats, which he’s giving away free of charge for those who meet the requirements.

The Last Man Standing changes all revolve around making the minigame fairer for everyone.

Firstly, we’re preventing one of the most common forms of griefing. From now on, if a player logs out mid-combat, their opponent will be awarded the kill and all related benefits.

Next, we’re tackling boosting and farming. Players must now kill at least one player before being awarded any points.

Lastly, we’ve rejigged the point system so that each point will now be worth an average of 15,000 to 20,000 GP when exchanged for items in Justine’s shop.

And finally, we arrive at the Revenant Caves. As discussed in the Ferox Enclave blog, we’d like to tackle the damage reduction stat on the Bracelet of Etherium. Following this update, it’ll be lowered by 25% for a total of 75% damage reduction.

In addition, we’ve rebalanced the revenants’ drop table. The average value has been reduced by around 20%.

The aim of these changes is to prevent certain groups from profiteering from Revenant Caves by forcing players to pay protection fees to enjoy the content. As we said before, we’ll be monitoring the popularity of the Revenant Caves closely and making further changes as necessary.

You might also remember that the Ferox Enclave blog promised some changes to the caves themselves, to make them feel less 'artificial'. Those changes are still in the works, so stay tuned for more information down the line.