M|any of you would prefer that teleport use should not be tied to Drakan's Medallion, especially as it is related to a quest that is not required to fight the boss. || We've added an additional poll question that offers a choice between the teleport being obtained via an upgrade to Drakan's Medallion or as an untradeable teleport scroll, similar to those that drop from Cerberus.

Who remembers Phosani's Nightmare? Temporarily released in early 2020 to support the Nightmare of Ashihama launch, this was a more difficult version of the encounter for those of you who actually like waking up in a cold sweat! It was a pretty neat idea in theory, but as it could only be tackled as a solo encounter for one week, and with minimal differences from normal mode, it wasn't providing long-lasting, repeatable content.

Now, we know that many of you have been dreaming of new end-game content. We have some exciting plans in the works to address this, but in the meantime we thought the return of Phosani’s Nightmare could provide a worthy challenge for those of you who have grown accustomed to current PvM content!

As with the recent A Night At The Theatre additions, this is us adapting our schedule to add new challenges that will tide you over while we work on bigger changes. This isn’t our magic solution to the lack of end-game content, but it's something we can whip up within a short timeframe while working on the major updates we'll be announcing this summer.

With a more punishing encounter that includes harder to execute mechanics, brand new phases, more attack combos, new metas and a new loot table, Phosani's Nightmare is back for real, and she’s stronger than ever!

Phosani’s Nightmare is a solo-only encounter and will require at least one completion of The Nightmare of Ashihama.

We want this encounter to be faster paced, with more variation per fight, and more things happening simultaneously to keep the player engaged. We also want a significantly speedier kill than a regular Nightmare solo kill. Currently, it can feel like quite a drawn-out fight – more a test of stamina than skill!

This new encounter will be different from The Nightmare of Ashihama in all sorts of ways. We don’t want to reveal the full extent of the changes, as we’d like for some of them to come as a surprise. But here's a taste of what to expect this time around:

What would an additional challenge be without additional reward? Yeah, a bit of a swizz. Fortunately, we have plenty of extra goodies in store.

Very rare drops are okay. Low-value regular loot is okay. Long walks back after resupplying are... hmm, okay. But with The Nightmare of Ashihama you've got all three, and we understand the frustrations some players have. With Phosani's Nightmare, we're not looking to drastically change the available loot, but we think we can improve it.

First up is a metamorphosis. Similar to Chambers of Xeric Challenge Mode, completing Phosani’s Nightmare would give a chance at an item that can be used on the Little Nightmare to unlock a Parasite variation of the pet. Creepy! 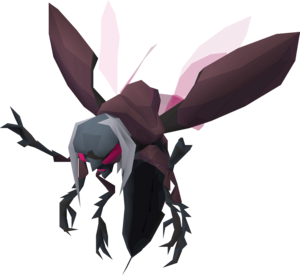 We’re not sure why you’d want to have this thing following you around, but here it is anyway.

Sometimes in life, it's about the journey, not the destination. Yeah, we can get philosophical too, y'know.

But when it comes to The Nightmare, the trip back after resupplying is kind of long and arduous. It can even cause you to lose your world, or force you to use alternate accounts to resupply between kills. This extended schlep was an intentional design choice, and one we made quite clear leading up to the release, but the comments we've received have shown that this wasn't necessarily the best approach. We'd like to take this opportunity to improve the situation.

What if we allow players to teleport to Slepe via an upgrade to Drakan’s Medallion, the necklace rewarded after completion of A Taste of Hope? This upgrade would be made via an untradeable tablet that would be obtainable from both The Nightmare of Ashihama and Phosani’s Nightmare, with a higher chance of receiving it from the latter encounter.

The upgraded Drakan's Medallion would teleport players to the Sisterhood Sanctuary as shown below: 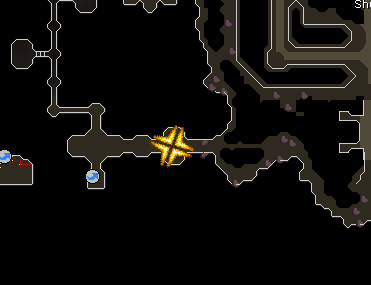 The proposed teleport location for the upgraded Drakan's Medallion.

Given the increased difficulty of Phosani's Nightmare, we reckon it’s fitting to improve the regular loot you can swipe after each successful kill.

We propose to increase the quantity of normal loot drops from this particular encounter by 50% (when compared to the standard Nightmare of Ashihama).

Alongside this base increase in quantity, we’d also replace some of the less desirable drops from the loot table, such as Adamant arrows. With these changes, plus an increase in the kills per hour, this should not only increase the value from each kill, but also help offset the hefty resource cost of facing against this harder encounter in the long run.

This change will be made if Poll Question #1 passes, which can be seen earlier in this blog. We think these changes could be well suited to the regular Nightmare of Ashihama too, so we're polling that separately with the below question.

Finally, we’d like to make sure that the chance of obtaining a unique item correctly reflects the increased difficulty and duration of the encounter.

Obtaining uniques from Phosani's Nightmare will be around 20% faster than regular efficient Nightmare of Ashihama. This will take into account the faster kills per hour you'd expect to achieve, as well as the lessened downtime you'd incur after each fight, because of that lovely teleport we mentioned earlier.

This should make fighting Phosani’s Nightmare a viable and faster-paced alternative to The Nightmare of Ashihama, albeit one that will require more focus, and less reliance on potential teammates!

We’re really excited to hear what you think about this new and improved encounter with The Nightmare! With a teleport to reduce your resupply commute, an overall buff to the rate at which you can obtain unique items, and slight buffs to the regular loot, chasing these uniques should be much more enjoyable.

A Night at the Theatre - Scythe of Vitur

While not related to Phosani's Nightmare, in the A Night At The Theatre blog we offered a cosmetic upgrade to The Scythe of Vitur as a potential reward from Theatre of Blood Hard Mode. The poll question to add this into the game has passed, but we know not everyone was happy with the proposed design.

As a team we always enjoy your concepts for weapons. It's enlightening to see what items resonate for players, especially when they've been brought to life by others in the community!

In this blog we previously offered a variety of designs alongside the Phosani's Nightmare poll, giving you an opportunity to select your favourite. However, based on your feedback, we'd like to instead offer an entirely different design. This was created by FoxcRS and gained a huge amount of support within the community, following a much darker and bloodier theme compared to the Saradomin version that has already passed the polls. 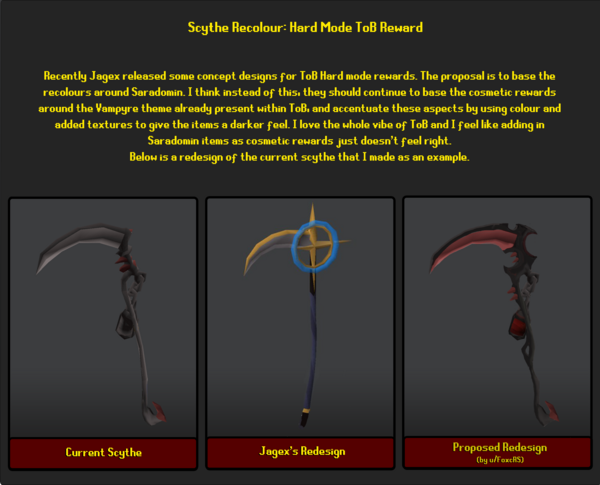 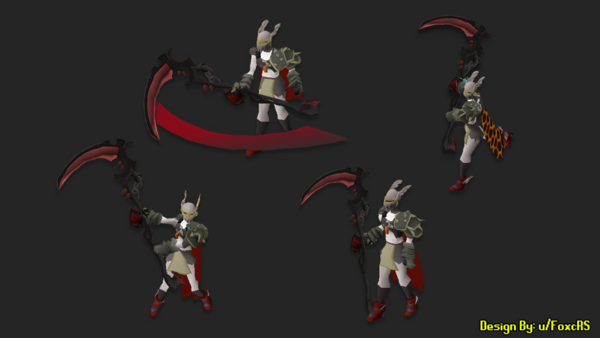 A bloodier version of the Scythe of Vitur, created by FoxcRS.

Should this design be added to the game, it would be in addition to the existing Saradomin-themed Scythe of Vitur, which we also plan to make some small tweaks to! Mod Grub has been working on altering the existing design based on your feedback - check it out below and let us know what you think of the newer design! 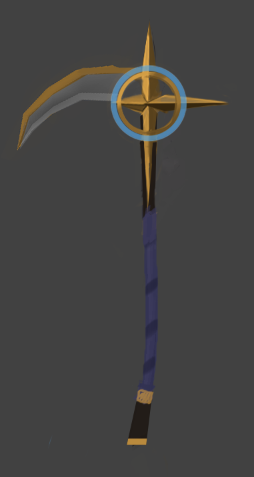 Updated concept art for the Saradomin-themed Scythe of Vitur, a reward available from Theatre of Blood Hard Mode.

Following the recent Arceuus Spellbook rework beta, there are some additional changes that we'd like to make based on your feedback. We've included these questions in this poll to ensure we avoid any delay in development!

With the introduction of Resurrection spells, players will be able to summon Thralls to aid them while in Combat against non-player characters. These Thralls are currently set to release as three different tiers, each with their own Combat style.

We propose a change to how resurrection spells work by giving each tier three individual spells instead. All previous stats and requirements for these spells would remain unchanged, but it would give players the ability to choose between summoning either a Magic, Melee or Ranged version of the specific Thrall at each tier instead.

As always, please share your feedback with us via the official forums, on the 2007Scape Reddit, or the community-led OSRS Discord in the #gameupdate channel.