It’s time for another game improvement blog! This time we're here with the proposed questions we'll be putting forward for our 70th Game Improvement Poll. We've got a wide variety of changes we wish to make so let us know what you think of the questions - as always, we're happy to take further suggestions on Twitter, Reddit, the forums, or Discord.

Since Song of the Elves was released last year, we’ve thought hard about what changes we could make to improve the elven lands. From the Iorwerth Dungeon to the Gauntlet, these changes aim to make Prifddinas and its associated activities even better.

Currently, creating items with Fletching, Crafting, etc. brings up a menu which requires the user to select an option with either a mouse click or a number key. To improve usability, we’d like to set the space bar keybind to repeat the last action you performed with the menu. 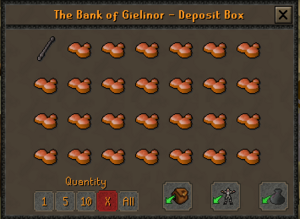 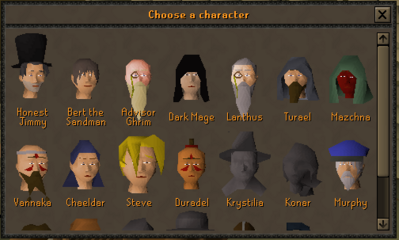 We'd like to propose some improvements to a few aspects of the Slayer skill. To begin with, we'd like to improve the user flow of the Contact NPC spell. Currently, a player needs to go through four different stages of introduction dialog every time they contact a Slayer Master through the Contact NPC menu. We would like to remove these initial dialog boxes, cutting the interaction down from four dialog boxes to one. We would also like to add some more tasks to Krystilia’s Slayer Task list.

When you've completed the Fremennik Elite Diary, you no longer need to carry the Seal of Passage when accessing Lunar Island. However, this perk removes a handy way to get to the mainland when the inhabitants of Lunar Isle kick you out if you don’t have your seal. We'd like to reintroduce the seal mechanic for players who've completed the Elite Diary, as it seems unfair to remove means of transport as a reward. This would be accomplished by adding a right-click option to an NPC in the Bank, who'll happily send you back to Rellekka with a much friendlier dialog.

The current length of Sarachnis’ respawn timer has resulted in players hopping worlds in order to maintain a high rate of kills per hour. We’d like to fix this by lowering the respawn timer to 10 second. This would not increase the rate at which Sarachnis is killed, but would allow dedicated spider-slayers to stay on the same world.

Taloned and long-tailed wyverns live in close proximity to one another, which is great if you’re a wyvern, but not so great if you’re a warrior who keeps aggro’ing the wrong subspecies. We’d like to reduce the wyverns’ aggro range to avoid such incidents.

Last poll, we asked if we should allow players to open their Seed Boxes to allow seeds to go straight in when picked up from the floor. Should we add this functionality to seeds pickpocketed from Master Farmers? 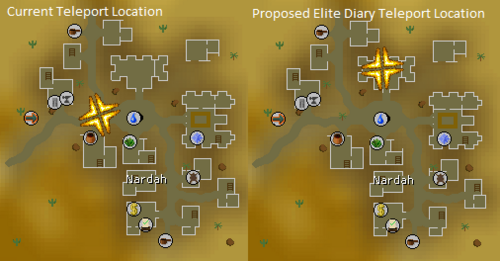 The current teleport offered with the completion of the Elite Desert Diary drops you outside the general store in Nardah. We would like to change the teleport location to the inside of the shrine at Nardah, to provide quicker access to the Statuette for regeneration. This would be about the same distance from the teleport location as a rejuvenation pool is from a Player Owned House portal.

Recently, we made some changes to the Cook's Assistant quest, such as adding left-click options to the hopper in windmills, and tidying up dialogue and text in the Quest Journal to be more clear about where the player could go to acquire the necessary items. We'd like to make similar small-scale improvements to the Restless Ghost quest, among others.

We think that one of these changes is worth polling. The skeleton that spawns towards the end of Restless Ghost is currently level 13, which is a tad high for players who start this quest right off the boat from Tutorial Island. We’d like to reduce its combat level to 6 by lowering its stats. The player can already get away with simply leaving the skeleton alone and escaping, but this change should give players more time to realise that before becoming a skeleton themselves!

Following on from the release of the Nightmare earlier this year, we’d like to offer some changes to some of the rewards: Namely, the Eldritch Nightmare Staff and the Inquisitor’s Armour set.

That's it for our poll blog! Be sure to go through all the poll questions and let us know what you think about them in the usual channels listed down below. Pending feedback, we plan to poll these questions next week.