This week brings the last of the changes from Poll #70, plus some further improvements to Bounty Hunter.
Poll #70

The final batch of game improvements from Poll #70 has arrived! Here’s what you can look forward to in today’s update:

Crab rooms in Chambers of Xeric will now include a hammer near the entrance. Hope you brought a bib!

Players who’ve completed the Elite Fremennik Diary will find that a crystal ball has appeared in the Lunar Isle Bank. When clicked or tapped, it will act as a Rellekka teleport.

Superior monsters in the Iorwerth Dungeon are now guaranteed to drop crystal shards.

Perdu has expanded his repertoire and can now retrieve the Keris from Contact! and the Bearhead from Mountain Daughter for anyone who has completed the quests. 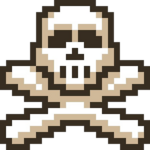 We’ve been paying close attention to the feedback from last week’s Bounty Hunter update, and we’re pleased to announce the following changes:

The cost of blighted food and potions in the Bounty Hunter Reward Shop has been significantly reduced:

In addition, the Ice Barrage sack has become an Ancient Ice Sack, that can be used to cast any of the four Ice spells. A new sack has been created for the Vengeance spell.

Rather than carrying coins into the Wilderness to satisfy the risk requirement, the Emblem Trader in Edgeville now has a Bounty Coffer where you can put the coins before entering the Wilderness.

The game will assign you targets only if you have 20k coins in your coffer, or if you are carrying an emblem.

If you are PK'd in the Wilderness on a Bounty world, whether that's by your target or by another player, and you aren't dropping any Antique Emblems to them, you will instead lose up to 20k coins from your Bounty Coffer.

There is now a greater chance to receive a looting bag at the end of a PvM encounter.

The base chance of receiving an Antique Emblem, or of having your existing emblem upgraded, when you kill your target, has been rebalanced. It now looks at your opponent's stats rather than their combat level, so that you can still be rewarded for killing pures.

Older versions of the Bounty Hunter store, including the one on W45 DMM, now stock promissory notes for Looting Bags and Rune Pouches – an excellent use of any old points you’ve got kicking around.

In addition, we will be trialing opening Bounty Hunter world W533, AUS.