This week we’re wrapping up the last of the Poll #71 changes.
Poll #71

The final changes from Poll #71 are here at last! This week you’ll see new Superior Slayer Creatures, a QOL update for the Costume Room and more. Well, let’s not drag it out any longer – it’s time to take a look!

Be extra-careful in the dungeons today, because the following superior Slayer creatures have the chance to show up while you're cutting down their lower-level brethren:

All superior monsters roll three times on the regular loot table and also have a chance to hit the superior loot table, which includes the Imbued Heart and the Eternal Gem, among other exciting drops.

The Costume Room will now work in a similar fashion to the tool storage in the Workshop. Instead of taking all your hard-won costumes out of the wardrobe, removing the wardrobe and then building a brand new one, you’ll now be able to simply upgrade the furniture. No Bank runs necessary!

You can use both flatpacks and building materials to upgrade your furniture.Unfortunately, due to the way upgrades work in Player Owned Houses, you'll have to upgrade one tier at a time instead of skipping straight to the highest level you can build.

Please note that this change does not apply to the toy box.

You might also be wondering about the Costume Room storage rework featured in the July edition of the Gielinor Gazette. Stay tuned - we'll be polling that in the near future. 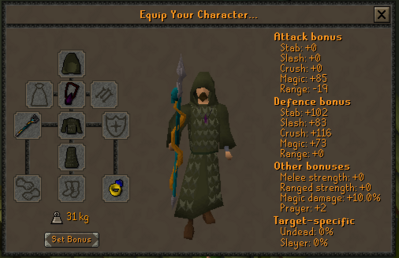 A new toggleable panel on the Equipment window lists stats and set effects for the equipment you’re wearing. To toggle it on and off, use the ‘Set Bonus’ button on the bottom of the Worn Equipment interface. If you're not seeing anything there, don't panic - that just means that the armour you're currently wearing doesn't have a set effect for the window to display.

Herb patches will now change to be the same colour as the planted herb. In addition, the ‘Inspect’ option will now specify what type of crop you’re growing.

And that’s all for Poll #71! Best warm up your voting hand, though, because a new content poll will be winging its way to a blog near you very shortly. Until then, let’s check out the second half of today’s update. 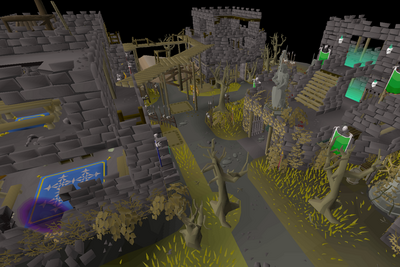 The life of a Wilderness pioneer isn’t for everybody – but weirdly enough, it actually is for everybody. We’ve persuaded Ferox to make the Ferox Enclave respawn location available on free-to-play worlds as well as members’. You will still need to pay a one-time fee of 5 million coins, though – all those runes he’s going through ain’t gonna pay for themselves!

In other news, a familiar face has been spotted around the Enclave. It’s Perdu, here to repair some of your untradeable items for a reasonable fee. He can also set you up with your trouver parchments, which you can use to prevent these items from ever being broken in the first place. He’s already proving popular with his new neighbours! You can find him next to the bank chest.

The rat infestation in the Enclave grows worse and the Old Nite pub seems to have attracted more of them overnight.

Finally, a Last Man Standing leaderboard has been added to the Enclave. Now you’ll know who to run away from first!

In related news, we’d like to clarify how skulling works on High Risk worlds. To indicate that upon death you'll lose all your items, just as you would if you were skulled, a skull will appear above your head everywhere on High Risk PvP worlds and upon entering the Wilderness on Very High Risk worlds.

One last thing: there might not be an update next week, as we’ll be busy updating our in-house tools. We'll let you know the situation on Monday. But never fear – we’ll be back again in August with all kinds of news.