This week we've got a couple of new ways for you to keep tab on how much you are holding in a looting bag or a trade window. We've also got a whole bunch of improvements for Great Kourend, including a big buff for blast mining and making it much more rewarding for reanimating creatures all over the map!

If you've been in the wilderness, stocking up on high value loot from the wilderness bosses or taking down other players, storing the loot in your looting bag, no more do you have to wonder exactly how much you are risking. Upon opening the looting bag interface you will now see a price check appear at the bottom letting you know the Grand Exchange value of everything you have stored! 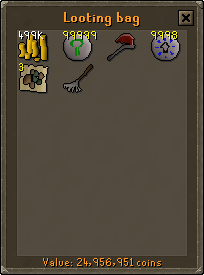 In addition to a price check on the looting bag, you will now be able to see the value of what you and the person you are trading have offered during trades! 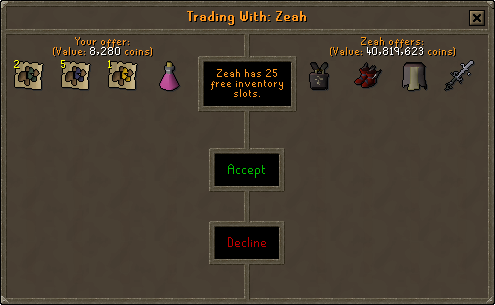 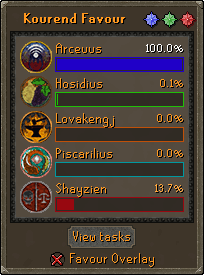 From here you can also toggle whether or not you would like the original overlay to appear at the top of your screen and view the full task list using the 'View tasks' button.

Following your feedback we have given the rewards from blast mining a buff. The new rates for experience and gp per hour are:

With this big improvement to the rewards we hope to see many more of you grabbing yourselves some dynamite and getting to work in the blast mine in the future!

The prayer experience given for killing creatures reanimated using the necromancy spellbook has now been doubled and the 50% bonus when killing creatures by the dark altar has been removed. This should make necromancy more rewarding overall and will give you more opportunities to take advantage of it all over the Old School map.

We have also added ensouled head drops for moss, ice and fire giants.

We've made some slight improvements to the mapping of Great Kourend and you should notice a few small changes on your way around the city.