This week sees several improvements to Puro-Puro and more.

We know you're imp-patient to see more of the minigame improvements you voted for, and this week we've been hard at work on Puro-Puro! Here's the skinny:

As before, new crop circles may take up to 30 minutes to appear after an update. Don't panic if you cannot find a crop circle yet! You can always ask the lost impling in Zanaris to show you the current crop circle. In fact, it has gained a right-click option to let you do that more easily! 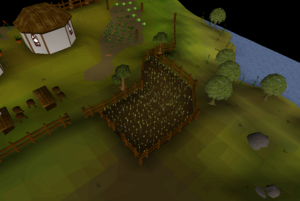 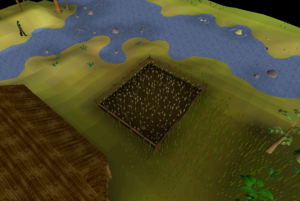 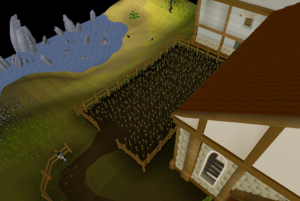 Some of the new crop circle locations: Taverley, Mos Le'Harmless and Harmony

Now the poll is complete, we have made a number of improvements to Barbarian Assault, plus sprinkled in a few extras to boost your experience.

More updates for Soul Wars! These include the exciting new Clan vs Clan mode - are you ready to accept the challenge?

Grouping for the Soul Wars minigame has been rebalanced. Right now players can choose their teams, which sometimes means that one team is much stronger.

The red waiting area has been reworked into a clan waiting area (and now has a snazzy purple border). This area can be used on any world, but the player must still meet the Soul Wars requirements (total level, Combat level, tutorial completion and membership).

Within the waiting area, clan members can challenge each other to Soul Wars games. Only clan members ranked Captain and above can issue and accept a challenge. Challenges can't be issued to members of the same clan. Once issued, the challenge will show up in the Chat Box and players must click to accept.

Upon accepting a challenge, players see a confirmation screen. Once both hit accept, the game begins! If either player closes the screen, the challenge is cancelled.

Once underway, folk in the waiting area who are part of the two challenging clans will be pulled into the game. One clan is assigned the red team and the other the blue team. From this point, the game mostly progresses as normal. However, actions in a clan game don't contribute to statistics on the lobby scoreboard. Zeal is given for clan games, but only at a 1/3 of the usual rate.